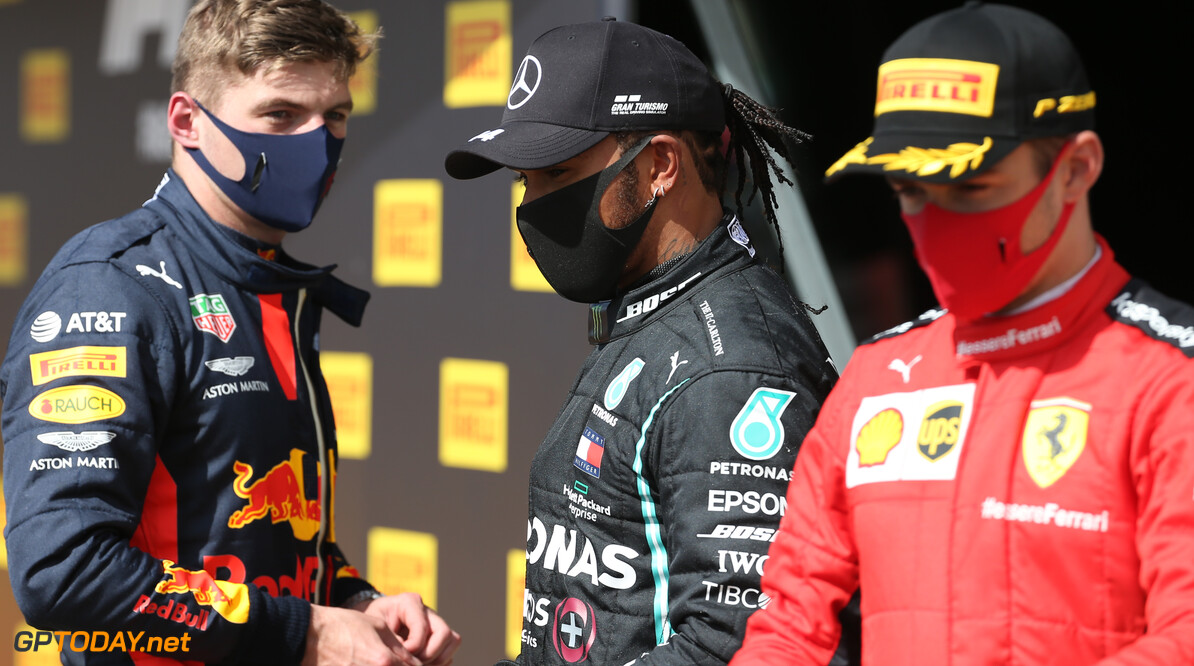 After this weekend, it looks more and more likely that Hamilton will secure his seventh world championship. The Brit had an amazing qualifying session on Saturday to secure pole by three-tenths of a second from Bottas, and then somehow managed to limp across the line with a punctured tyre to beat Verstappen.

Verstappen seems to be the gift that keeps on giving for Red Bull, as he continues to get the best possible performance out of his RB15. He was unlucky not to win the race, as if it had not been for his final pitstop he would have been able to pass Hamilton on the final lap of the race.

Leclerc is another driver who is extracting the most out of his car this season, scoring his second podium finish of the year. The Monegasque driver seems to have a much better handle on the disappointing Ferrari than his teammate Vettel, consistently able to put it higher up the order than it deserves.

Ricciardo has had a quiet start to the season, consistently beating his teammate Ocon. However, the Australian driver showed some impressive pace in the race on Sunday as he was able to mount a challenge to the McLaren drivers to finish a season's best fourth place.

Norris was once again impressive in qualifying, beating his teammate Sainz by a couple of tenths. However, despite initially having a good start, Norris locked his brakes on the first lap and lost out to both Sainz and Ricciardo. He had very similar pace to Sainz in the race, and inherited fifth place due to the Spaniard's tyre blowout.

Ocon finally showed some strong race pace this weekend at Silverstone, as this is what has been missing in the first few races. He was still slower than Ricciardo, but was had a good battle with Stroll in the race to finish in sixth place.

Gasly has been one of the star performers this season, but this pace has seemed to go under the radar. He has been a consistent points scorer for AlphaTauri, and had had the edge over his teammate Kvyat all season. If Albon is eventually dropped by Red Bull, the Frenchman is certainly not harming his chances of making a return.

You will struggle to find someone that isn't feeling even a little bit sorry for Albon with his current situation, as the Anglo-Thai driver can't seem to extract the most out of his Red Bull. He is struggling to get to grips with the unpredictable RB15, and be suffered a heavy crash in practice. He was then knocked out in Q2 for the second racing running, and was only able to climb back up to eighth place in the race.

Stroll went into the weekend expecting to continue where he left off in Hungary, as the Racing Point was tipped to even pose a challenge to Red Bull at Silverstone. This pace was not there however, as Stroll was unable to challenge the likes of McLaren or even Renault and came across the line in ninth.

It has reached the point now where Vettel must be counting down the days in his Ferrari contract. The German driver seems unable to extract any sort of performance from the car, and was almost one second slower than Leclerc in qualifying. He will definitely be asking questions of himself after this weekend, hoping to come back stronger in one week's time.

It was an overall solid weekend for Bottas, but once again he was unable to give that little bit extra to challenge Hamilton and take points away in the championship. A late puncture that put him out of the points delivered a major blow to his 2020 prospects, with a swift recovery needed to stop Hamilton from streaking away.

Russell had another solid weekend, albeit a little more quietly this time around. Once again, he pulled himself out of the Q1 drop zone, only to be demoted after qualifying due to a five-place grid penalty. Williams looks niftier this year - and Russell is showcasing why he's meant for F1.

Sainz was once again out-qualified by teammate Norris but in the race, the Spaniard excelled and was on course for a very fruitful result until he was hit with the puncture bug that was doing the rounds in the final laps. It was another mature display from Sainz, who was robbed of some healthy points at the end of the grand prix.

Alfa Romeo is just not on it - it's been a very tough weekend for the Italian squad so far this year, with very little to cheer about. Giovinazzi too produced little to note over the course of the weekend, and picked up a time penalty during the race after getting involved in a safety car infringement.

One could argue that Latifi's race on Sunday was his strongest yet in F1, as he looked more alive compared to events gone by. That being said, he made a major mistake in qualifying on his final hot lap - all surely part of the rookie learning curve.

It was something of a polarising weekend for Grosjean - on one hand, credit must be dished out for his lengthy stint on the medium compound, as Haas attempted a strategy that ultimately failed to produce anything. However, some questionable defence manoeuvres have left the sport rethinking the rules and others questioning Grosjean's train of thought.

Rumours are beginning to gather that Raikkonen could bow out of F1 at the end of the year - and if performances continue the way they did at Silverstone, it will come as no surprise. A frustrating race that involved an off-the-pace car, front wing damage and a questionable strategy left Raikkonen nowhere.

Due to the early retirements of the following drivers, each has been handed a 'not applicable' rating as their race potential was not close to being fully reached.