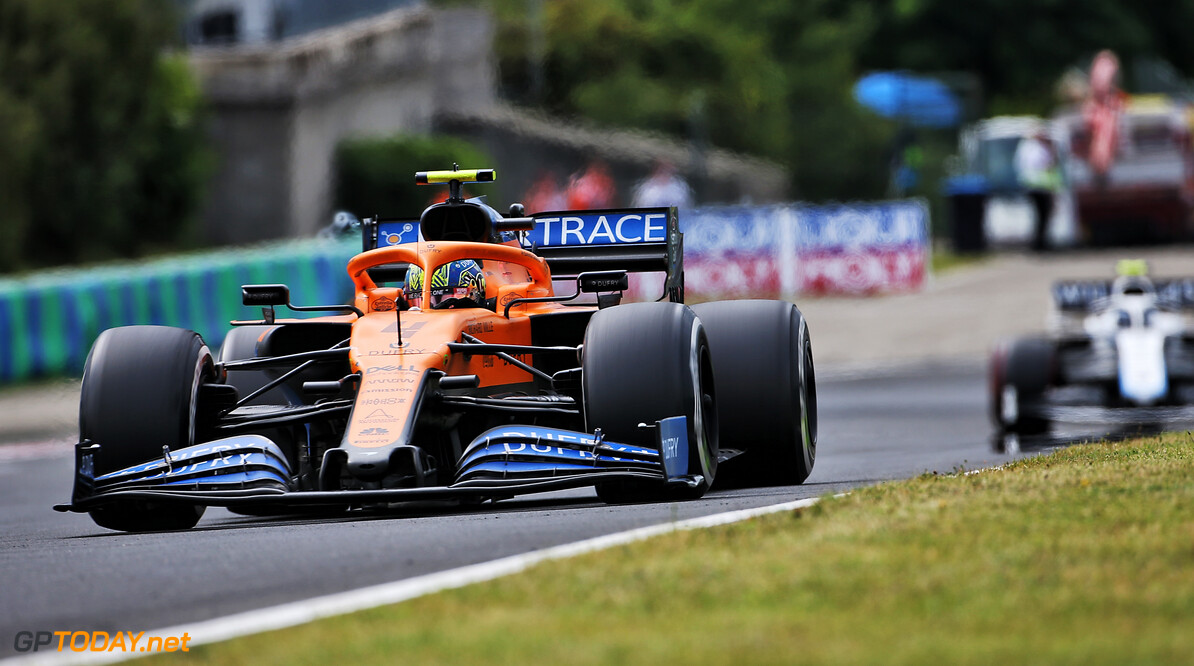 Norris rues ‘screwing everything up’ at Hungarian GP start

Lando Norris has accepted the blame for having his Hungarian Grand Prix compromised after he “screwed everything up” on the opening lap of the race.

The McLaren qualified in eighth place but was filtered down the order soon after the race start, stating he was too concentrated on moving forwards in wet conditions which resulted in the “worst start” he's ever had.

“I lost out at at the start, the pit stops were fine,” Norris told Sky F1 after the race. “I was like P18 after lap one. The team did a good job, maybe the pit stops weren't amazing but they didn't cost me anything.

“I was the one who let down the team in terms of probably getting the worst start I've ever got in my life.

“I just wanted to go forward. And when you try to go forward in the wet, you go backwards. It was as simple as that. I got a big eager with the... what did Daniel [Ricciardo] say? The 'whack pedal'?”

Norris says after slipping down the order, recovering was difficult due to the overtaking challenge posed by the Hungaroring.

“I just screwed everything up. It's such a difficult track to overtake, I couldn't do anything more after that. I tried coming back but P13 was the best I could I do.”

Lando joined his crew to help strip his car before it heads back to McLaren HQ. ??#HungarianGP ?? pic.twitter.com/ckNqUey9UL

Norris' result in Hungary marked his first non-points finish since the Mexican Grand Prix last year, however he still sits fourth in the drivers' championship after his third and fifth-place finishes at the Red Bull Ring.

The 20-year-old says the big picture from the first triple-header event of the 2020 season is positive, with Hungary proving that he still has areas to improve as a driver.

“If I look at the big picture, they've still been a positive three weeks,” he said. “The things I've wanted to improve as a driver I've done much better at.

“But I'm still not the driver I need to be. I still made the mistake today which probably didn't cost me a huge amount of points. I probably would've been where Carlos was, maybe score one or two at most.