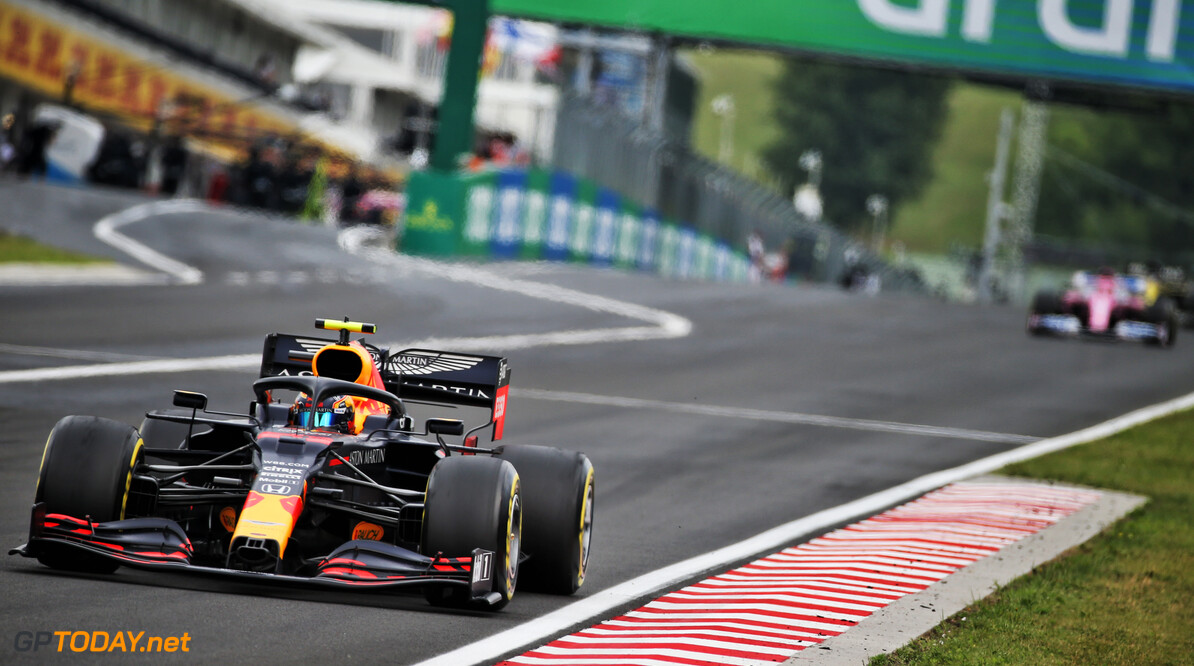 Alexander Albon has kept his fifth-place finishing position at the Hungarian Grand Prix after the stewards investigated an incident involving Red Bull using leaf blowers to dry his grid slot before the race.

Red Bull was accused of using the leaf blowers to clear away water from Albon's grid box, which is strictly outlawed in the regulations.

However, following an investigation, it has been determined that Red Bull was not attempting to move the water to provide Albon with more grip on the start line.

Albon started the race from 12th on the grid following a tough qualifying session that saw him drop out at the end of Q2.

However, the Thai-British driver moved forward during the 70 laps in Budapest and managed to claim fifth place in the dying laps of the race after Sebastian Vettel made a mistake at Turn 2.

Albon says the team must work to look at why the car was much more competitive in race trim compared to qualifying.

“We have to understand why the race car was so much better than the qualifying car. The car was really good.

“We spent the whole race in traffic. The moments we did have clear air, we were very competitive. It shows there's potential in the car, we just need to understand where it is. I had a good fun out there.”