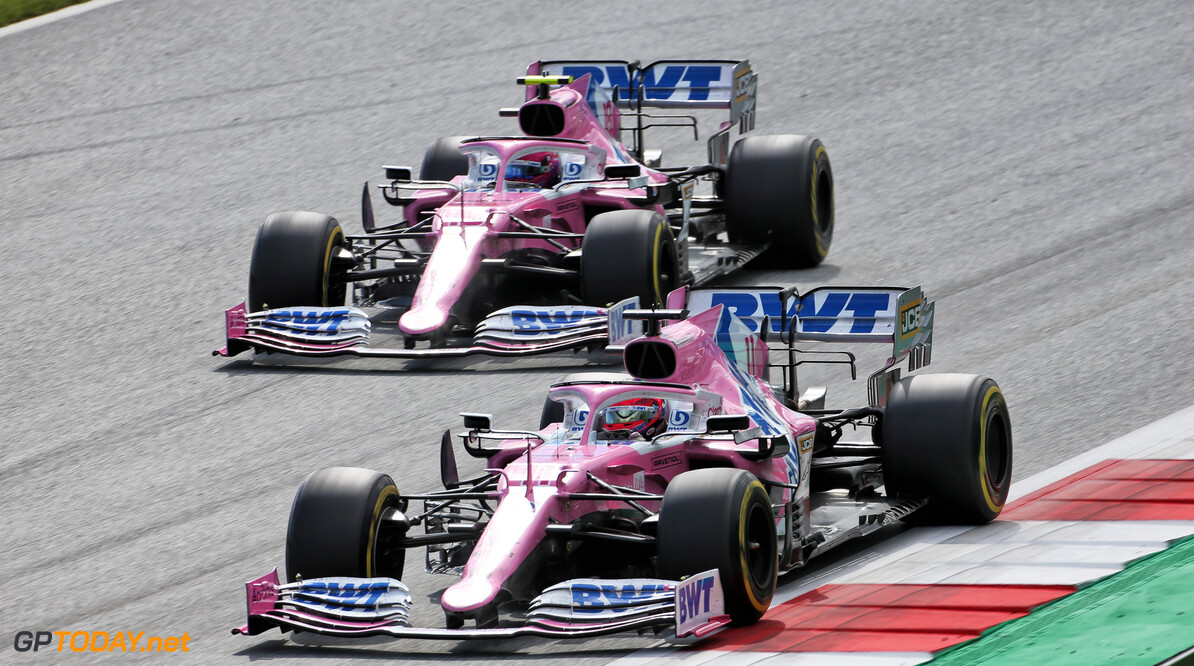 Racing Point confident protest against RP20 will be dismissed

Racing Point has asserted its confidence that the protest lodged aginst its 2020 car by Renault will be dismissed following an investigation.

On Sunday evening following the Styrian Grand Prix, the FIA announced that it had received a formal complaint from Renault regarding the Racing Point RP20.

Renault is disputing the legality of the car, which contains striking similarities to the Mercedes W10 from 2019.

Following Renault's protest, the FIA sealed and impounded Racing Point's brake ducts and requested Mercedes to provide it with its 2019 brake ducts in order to see through its investigation.

However, Racing Point says that the protest by Renault is “misconceived and poorly informed” as it awaits the results of the investigation.

“BWT Racing Point F1 Team is extremely disappointed to see its results in the Styrian Grand Prix questioned by what it considers to be a misconceived and poorly informed protest," read a team statement.

"Any and all suggestion of wrongdoing is firmly rejected and the team will take all steps necessary to ensure the correct application of the regulations to the facts."

Racing Points says the FIA was consistently informed throughout the winter as it prepared the car for the new season.

“Prior to the start of the season, the team cooperated with the FIA and satisfactorily addressed all questions regarding the origins of the designs of the RP20.

"The team is confident that the protest will be dismissed once it has presented its response."

Racing Point has scored 22 points at the opening two rounds of the 2020 season which currently sees it sit fourth in the constructors' standings.

However, the team now risks running a potentially illegal car in the upcoming races, which would likely see results stripped if the car is determined to be in breach of regulations.