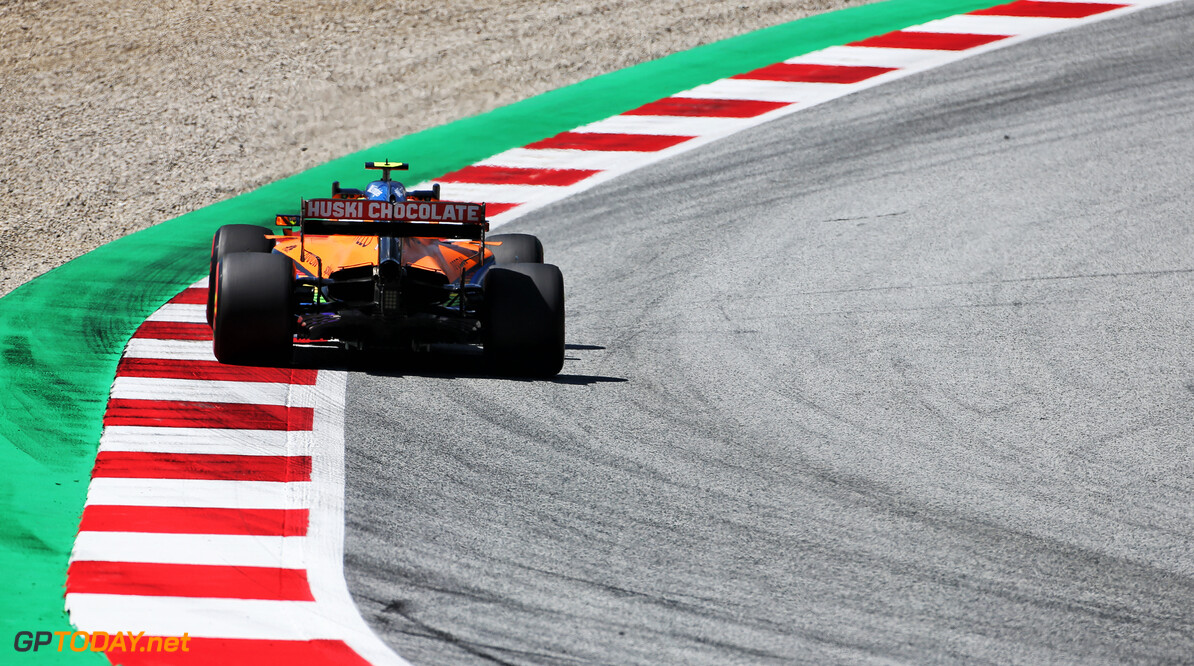 Lando Norris says he has been struggling physically throughout Friday at the Red Bull Ring, which limited his practice running.

The Briton heads into the second round of the Formula 1 season after picking up his first career podium last weekend at the Austrian circuit, which remains the venue for this weekend's event.

However, the Briton's weekend has already been comprised after he was awarded a three-place penalty for ignoring yellow flags during FP1.

Norris says that the McLaren car is feeling “nice” but admits he has been coping with some physical difficulties throughout the day.

“It's been alright, I've been struggling physically with something, I don't know with what,” Norris told Sky F1 after the session. “It's been making my day a lot harder. I've not been able to do as many laps. I've had to limit them quite a bit to make sure I'm in shape for tomorrow or Sunday.

“Not as smooth sailing as last week was. I think I'm a little bit on the back foot compared to laps and everything.

“I think the pace is there when I need it to be. The track was a bit different which comes into play slightly. But Sunday's going to be a different game.

“I feel confident, the car feels nice. But me, not so much.”

Norris threw up his hands after being dished a grid penalty, stating it was his own “stupid” mistake that landed him in hot water.

“I saw it, it was my mistake,” he said. “I was on a push lap, both of those guys were on an out lap or a cool lap. I slowed up for yellow flag which you're meant to do.

“But I just continued to roll past the other guys, so it was my mistake. A bit stupid of me, there was no risk. I lifted, but I just carried that little bit more momentum past them.”