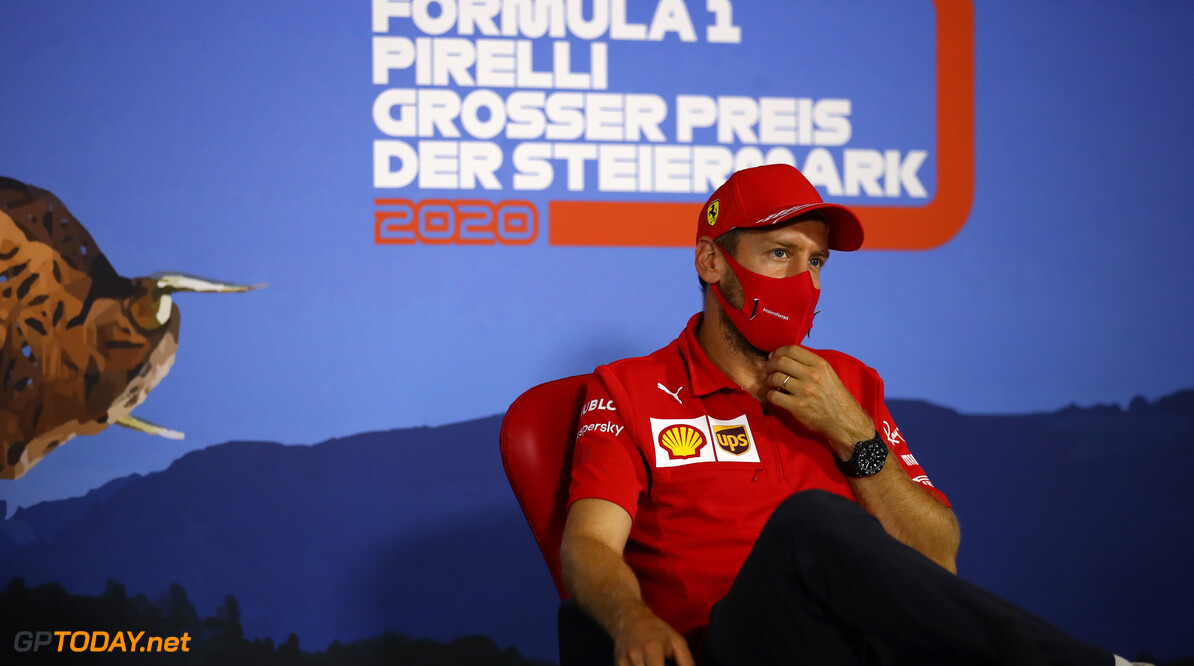 Red Bull has affirmed its satisfaction with its current driver line-up and has ruled out the possibility of bringing Sebastian Vettel on board for the 2021 season.

Vettel will depart Ferrari at the end of the 2020 campaign, leaving serious question marks over his future in the sport.

The German stated on Thursday in Austria that he would be open to a move back to Red Bull, where he won four world championships from 2010 to 2013.

However, team principal of energy drink-backed squad Christian Horner told Sky F1 on Friday that it is not interested in bringing Vettel back for a second stint.

“Obviously the topic has been raised, we had a brilliant time with Seb,” Horner said. “He's forever part of our history.

“But we didn't expect him to be on the market this year. Our commitment is to our existing drivers. We think we have a great paring in Max and Alex and we think that has great potential for the future as well.

“Unfortunately it's not going to be something we can accommodate. That is a definite no, I'm afraid.

“Sebastian, I think is aware of that. It's unusual for a four-time world champion to be out of a drive at this point in the year. I think he's got a couple of choices available to him, either Racing Point or a year out and reevaluate the options in a years' time.”

The possibility of switching to Racing Point, who will become Aston Martin next year, is complicated by the fact that Sergio Perez is under a multi-year deal and Lance Stroll is the son of the team's owners.

However, Horner says that contracts are not always airtight and suggested that there may be options that could see Vettel link up with the Silverstone-based team.

“I don't think Lance is going to get fired. Driver contracts, between the teams, you never know what is within them,” Horner commented.

“I'm sure perhaps they have options, break points or whatever. But that's really none of our business.”