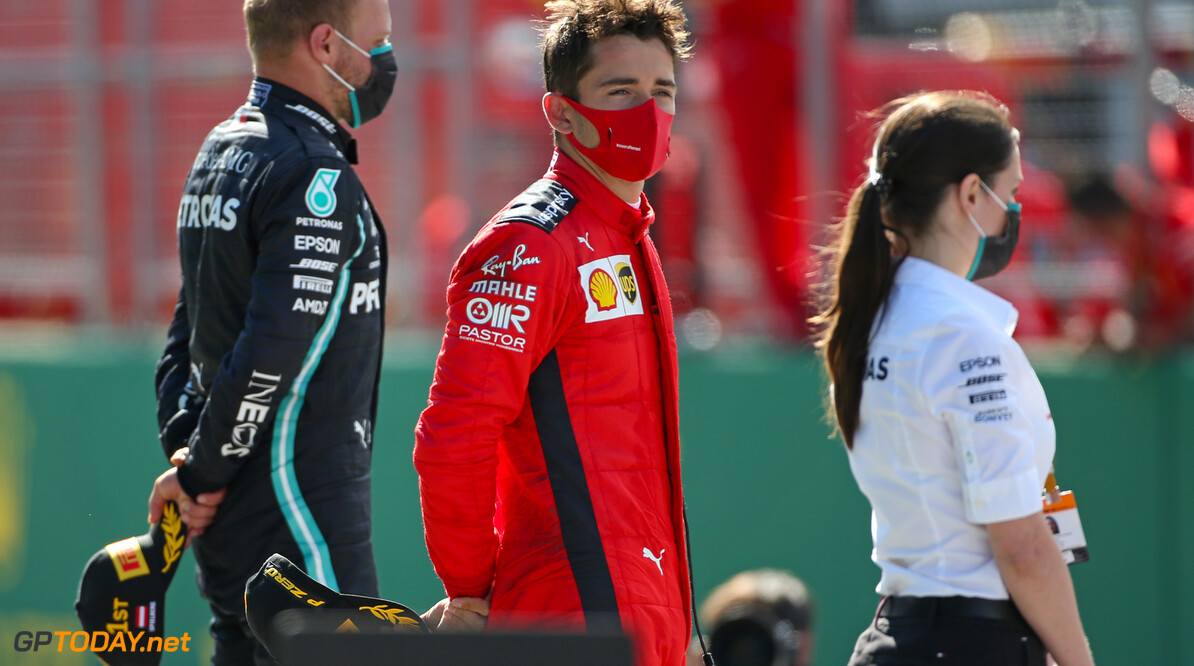 Leclerc: Austrian GP one of my best races in F1

Charles Leclerc says the Austrian Grand Prix was one of his best races as a Formula 1 driver after limiting mistakes during the 71 laps to claim a podium finish.

Ferrari shocked many on Saturday when the pace of the SF1000 was revealed to be considerably down from 2019, with Sebastian Vettel failing to progress into Q3.

Leclerc managed to set the seventh fastest lap in the final qualifying session, but struggled behind Lando Norris and Sergio Perez for much of the race.

In the final stretch of the grand prix, Leclerc made his way into third place, which turned into second after Lewis Hamilton was delivered a five-second time penalty.

“I would rate this one probably as one of my best races since I arrived in Formula 1 because I really didn’t do many mistakes,” Leclerc said after the race.

“I’m extremely happy with the performance, also with the strategy, with our choices. It’s not been easy because in the first part of the race was actually pretty boring for us but I really pushed to stay focussed.

“We were doing some quite good lap times. We were extracting the maximum out of the car and it paid off at the end, so that was great.”

MORE: Vettel 'happy to only spin once' during difficult Austrian GP

Taking to his team radio at the chequered flag, Leclerc explained the pressure he was under during the safety car restarts: “It was so difficult,” he told his team. “The restarts and everything was so difficult to stay in front of the guys behind, especially in the straight.”

Ferrari's straight-line speed was noticeably down compared to 2019 throughout the weekend, with team principal Mattia Binotto stating the Maranello squad is losing seven-tenths in the flat-out sections.

Leclerc left his overtakes on Norris and Perez late, saying he simply took the opportunities when they were presented to him.

“Towards the end of the race, it was very tricky because Lando had the new tyres too and I was struggling a lot at the restarts to stay behind them, until Turn 4.

“In all the high speed, we were very quick but in the whole first sector, we were struggling a lot. I was just waiting for an opportunity, which I had when Lando tried to overtake Sergio but then I think while he lost a little bit of time.