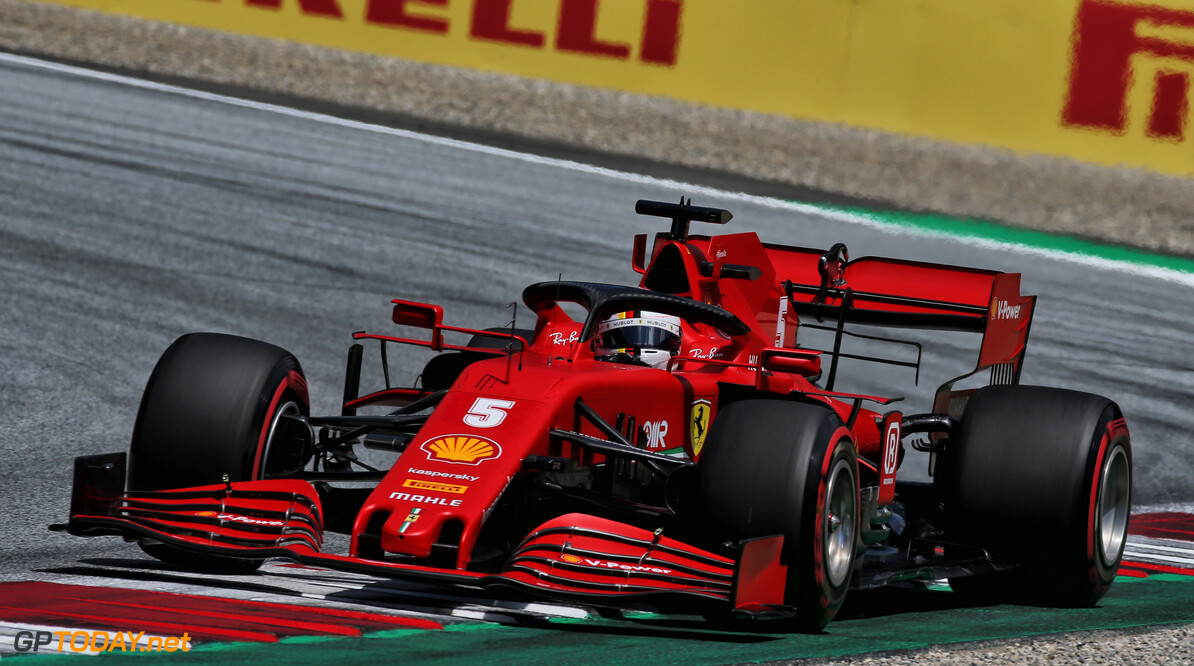 Vettel 'happy to only spin once' during difficult Austrian GP

Sebastian Vettel endured a difficult season-opening Austrian Grand Prix, stating he was happy to have only spun around once during the race.

The German-made contact with the McLaren of Carlos Sainz midway through the grand prix at Turn 4, as he was attempting to get as close as possible to the rear of the Spaniard.

Sainz was racing with Vettel's teammate Charles Leclerc at the time, with the McLaren taking a late apex in order to complete a switchback move on Leclerc.

However, when Sainz turned in, he hit Vettel, who was already starting to spin after losing the rear of his SF1000 on the entry to the corner.

“To be happy I'm happy that I spun only once,” Vettel said after the race. “It was very difficult. It got very tight and I think Carlos turned in. I was just on the edge, I wanted to be as close as possible and I lost the rear.”

Vettel said that he “lost the rear a couple of times today” during the challenging race, as Ferrari appears to be the fifth-fastest team at the start of the 2020 season behind Racing Point and McLaren.

Earlier in the weekend, Vettel was optimistic over Ferrari's race pace and was hopeful that the team could enjoy a strong grand prix after a disastrous qualifying session.

When asked what happened between Friday and Sunday, he said: “We don't know, we need to have a good look.

“But for sure, the car was very difficult today. I tried my best. Obviously the safety car helped us, it was quite entertaining in the end but not the end result that I wanted.”

Vettel benefitted from a number of retirement ahead of him to take home a single point, while his teammate Charles Leclerc crossed the line in second place following a time penalty for Lewis Hamilton.