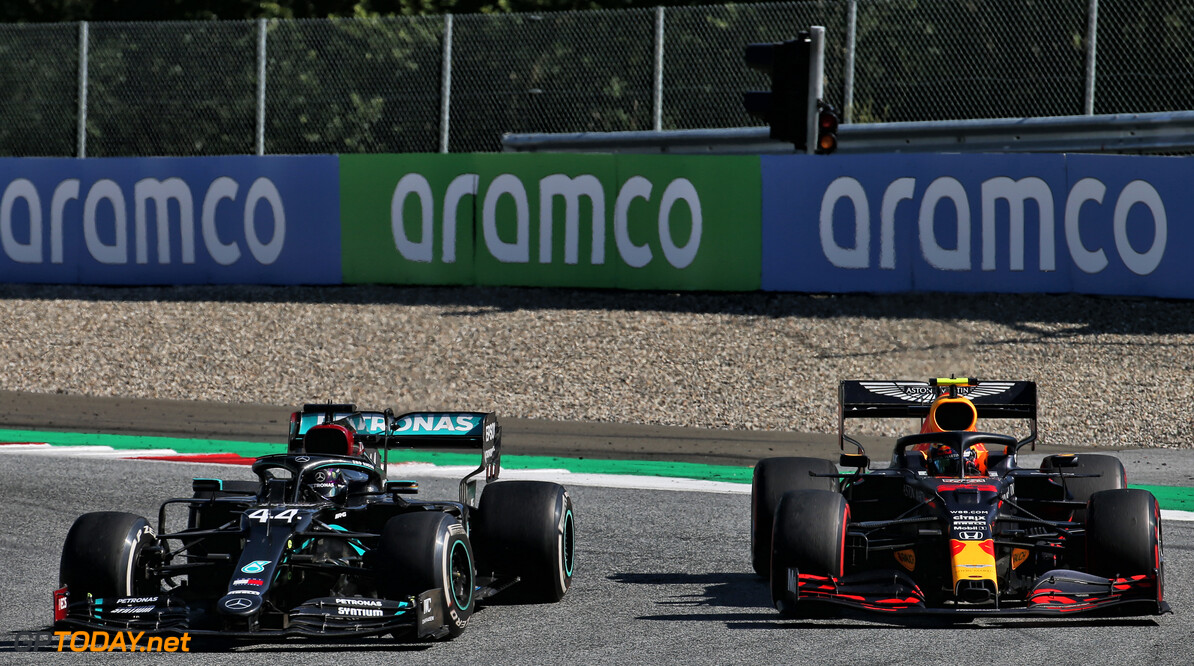 Horner calls on Hamilton to apologise for Albon crash

Christian Horner has called on Lewis Hamilton to apologise for the collision that saw Alexander Albon spin out of podium contention at the Austrian Grand Prix.

Hamilton and Albon were battling for second place towards the end of the race, with Albon equipped with a fresh set soft tyres compared to Hamilton's hard compound.

The Red Bull driver held a pace advantage on the final safety car restart and attempted to overtake Hamilton around the outside of Turn 4, but contact was made and Albon found himself spinning into the gravel.

Hamilton received a five-second time penalty as a result, which demoted him from second to fourth at the chequered flag.

MORE: Hamilton edging towards race ban after collision with Albon

“This sport can be pretty brutal sometimes and it feels like today’s been one of those days,” he said. “Alex drove a great race, he didn’t deserve that.

“Five seconds [penalty for Hamilton] doesn’t do anything for him. He [Albon] could’ve won that race, we strategically made the right call, gone onto the soft tyres, he was in a strong position.”

When asked if Albon could have been more patient, Horner said: “You can say that but he got the job done, so, the pass was made. It’s not like he was on the entry so what overtake is safe at the end of the day? I doubt Lewis was ever going to wave him past.

“It was just a misjudgement by Lewis at the end of the day and it’d be good if he apologised for it.”

At the penultimate round of the 2019 season in Brazil, Hamilton and Albon collided while battling for second place at the end of the race, denying Albon a podium finish.

While the Hamilton offered an apology to Albon in Sao Paulo, Hamilton believes the clash this time around was a racing incident.

“I can’t believe we came together again,” Hamilton said. “It really felt like a racing incident. But either way I’ll take whatever penalty they feel I deserve and move forward.”

Although he was able to rejoin the race after his spin, Albon retired from the race with Horner stating it was “something on the power unit side”.

Horner added: “We don’t know if that’s a result of the knock that he had or the trip through the gravel. We turned the engine off as a precaution.”