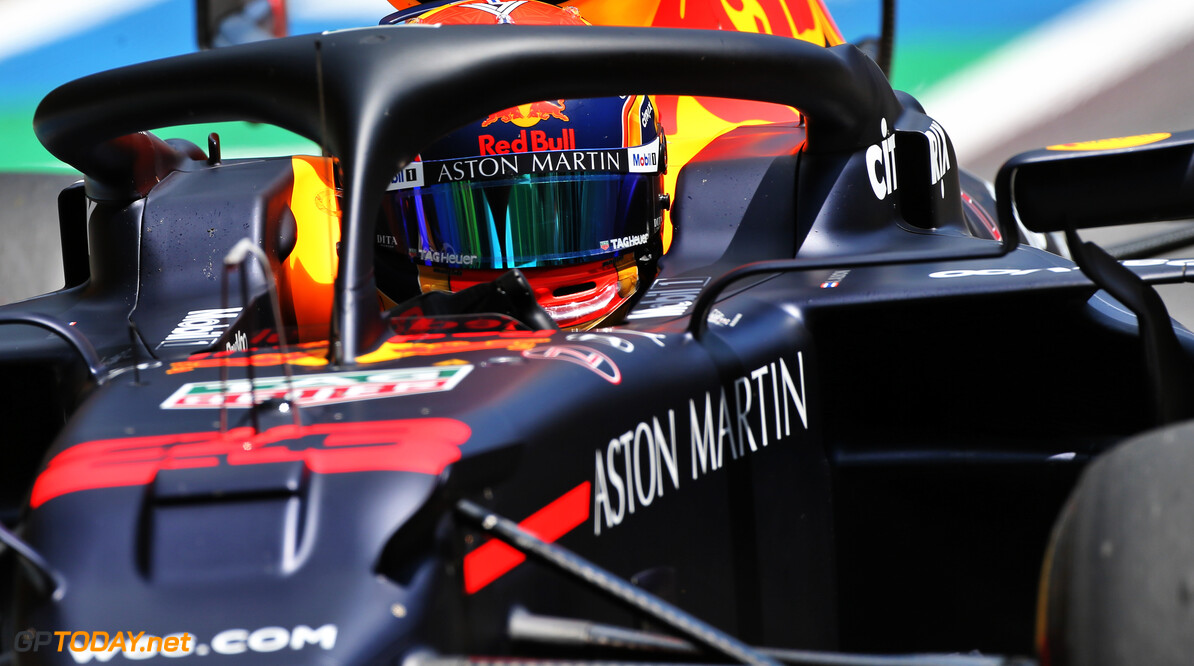 Alexander Albon says he's confident he could have won the Austrian Grand Prix if not for his late-race crash with Lewis Hamilton at the Red Bull Ring.

Following Max Verstappen's early retirement from the race, Red Bull's victory hopes rested solely on Albon. The Thai-British driver was running in second place, over 10 seconds down on the Mercedes duo before the second safety car allowed him to pit for fresh soft tyres.

With both Mercedes opting to stay out on their old hard tyres, Albon launched an attack on second-place Hamilton around the outside of Turn 4, but spun into the gravel after contact was made between the two.

It marks the second time in three races that the pair have crashed, as they also came together in Brazil last year while fighting for second place, with Albon also coming off second best on that occasion.

As he did in Brazil, Hamilton received a five-second time penalty for the incident in Spielberg.

“I'm a bit fresh now so I need to be careful with what I say,” Albon told Sky F1. “It is what it is. I really felt like we could have won that race. Mercedes had the outright pace today, but the guys did a great job with strategy.

“When I did the pit stop, I was like 'Where are we?', I didn't really know what was going on. As soon as it all played out, it looked really strong for us and I knew they were on the hard tyres.

“The first five laps were when I was going to do the overtakes. I was confident and the car was feeling good at that stage of the race.”

While Albon believes the collision in Brazil last year was a 50-50 incident, the 24-year-old feels more blame should be given to Hamilton for Sunday's crash in Austria due to the space he provided for the six-time world champion.

“I feel like this one, I wouldn't say it hurts more,” he said “Brazil was a bit more 50-50 and I felt like I made the move already. I was already kind of focused on Bottas in front. It was so late, the contact.

“There's always a risk of overtaking on the outside, but I gave as much space as I really could. I was right on the edge. I thought as long as I give him the space, it's up to him if he wants to crash or not.”

Albon failed to see the chequered flag as a mechanical issue forced him to park up before the end of the race.