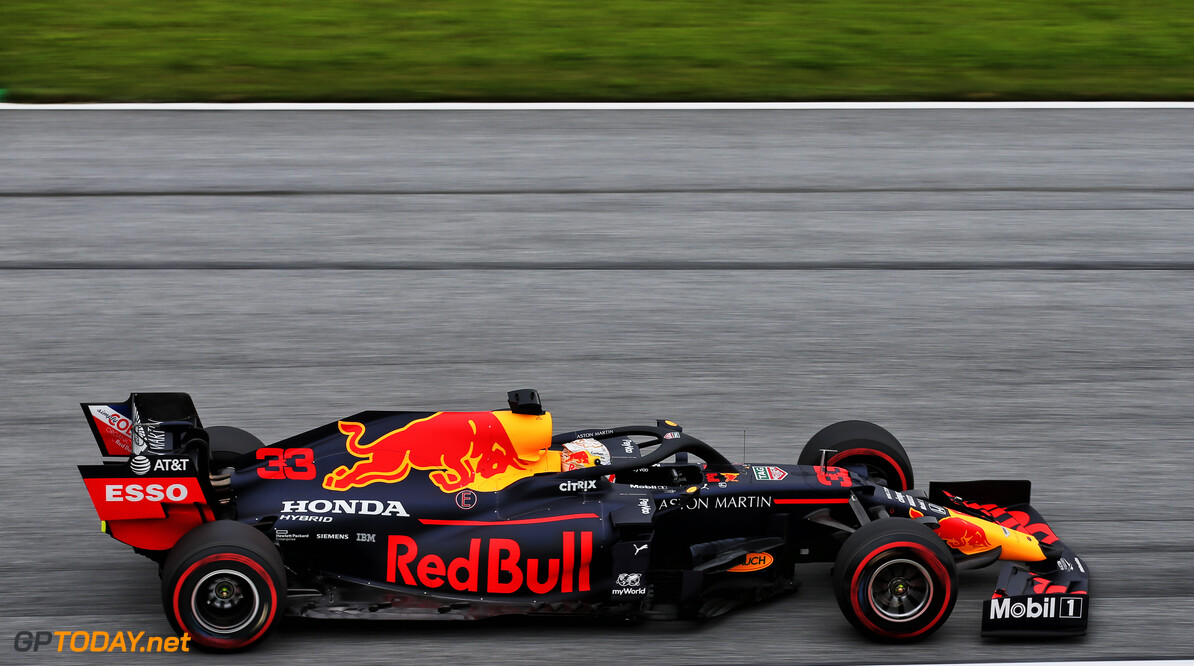 Red Bull: Beating both Mercedes in qualifying a 'tall order'

Red Bull team principal Christian Horner believes it will be a tall order for Red Bull to beat both Mercedes drivers during qualifying in Austria.

After final practice at the Red Bull Ring, Max Verstappen set a lap time good enough for third place but was almost three tenths down on session leader Lewis Hamilton.

Most of Verstappen's time was lost through the final sector, with Horner admitting that it needs to tidy up in that area in order to be competitive - however, the Briton expressed satisfaction with the progress Red Bull has made since Friday.

“We made progress with the car overnight,” Horner told Sky F1. “I think it's more representative of where we're at. Mercedes look very strong. We've got a couple of corners we need to tidy up.

“By the time we arrive at Turn 7 we're nip and tuck with them. But through 7 and 9, Lewis is very strong through there. That's the area we need to focus on to gain more time through quali.”

When asked if Red Bull could find itself ahead of both Mercedes cars at the end of qualifying, Horner said: “I think there's a possibility to get one of them, to get both of them, that's a tall order.

“But we're progressing with the car, we're learning about the updates. If we can tidy up Turn 7 and those last few turns, we can get closer still.”

The second Red Bull driven by Alexander Albon was three-tenths down on the sister car after the final practice session.

Horner explained that Albon is losing time in the slow-speed corners, but is matching teammate Verstappen in the high-speed sections.

“He's [Albon] obviously building up and up,” Horner said. “He's dropping a little bit of time time to Max in the slow speed stuff, Turn 1 and at the top of the hill.

“He's matching him in the high speed which you think is the tricky bit, but there's so much time in the slow-speed corners and that's where Max, particularly here, is very strong.”

Red Bull has won the last two races at the Red Bull Ring, with Verstappen qualifying on the front row last year.