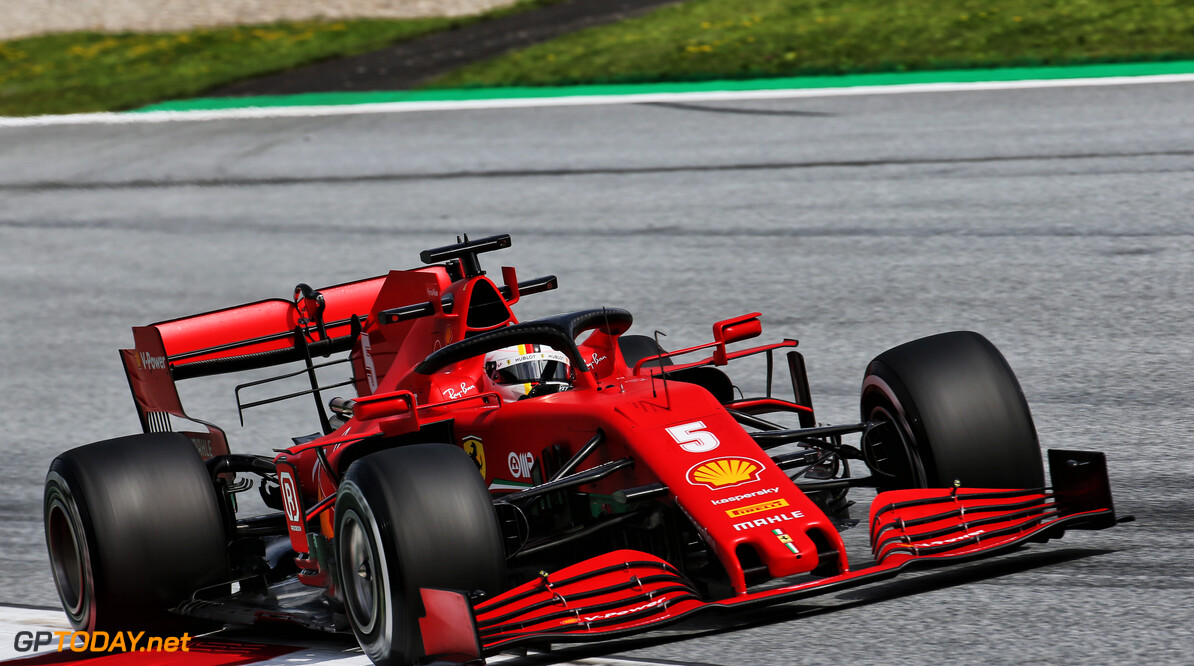 Sebastian Vettel says Ferrari is lacking grip and downforce in contrast to its front-running rivals following the opening day of running in Austria.

The Maranello-base squad has played down hopes of being competitive this weekend, as it arrives in Spielberg with its testing-spec car before it introduces upgrades in Hungary.

Mercedes, who has dominated the turbo-hybrid era since 2014, appears to once again be the pick of the field while Racing Point looks to have taken a significant step from 2019.

Vettel ended the second practice session in fourth place, over six-tenths down on session leader Lewis Hamilton after the simulated qualifying runs at the Red Bull Ring.

Speaking about his day on Friday, Vettel said: “In terms of speed and competitiveness I think it was an interesting day. We’ve seen we’re not at the top and we’ve seen that Mercedes is very strong, as expected.

“And then there’s a lot of stuff going on behind that, it’s very tight. Let’s see, tomorrow will be a big day, we’ll try to be the leaders of whatever group there is behind. It’s up to us to work and develop so that the car gets faster.

“That’s what we have to do. We’re lacking grip, we’re lacking downforce, compared to others, also a little bit down the straights, as our car is draggier than the others, so it’s a mix of all these things.”

Ferrari enters the year following a difficult 2019 campaign that saw it secure three race wins after two seasons of competing for the world championship.

Charles Leclerc, who is entering his second year with Ferrari in 2020, added: “The balance is not that bad, it’s not completely out of place for now, so we need to work quite hard to catch up as an overall performance.

“The speed in the corner, we seem to lose compared to the others, then the balance feels quite good but the overall grip of the car, I guess it is not only one thing it is also the full package we need to upgrade.

“We will try different ways for tomorrow to try to make the car work in a different way and see if we can gain performance.”