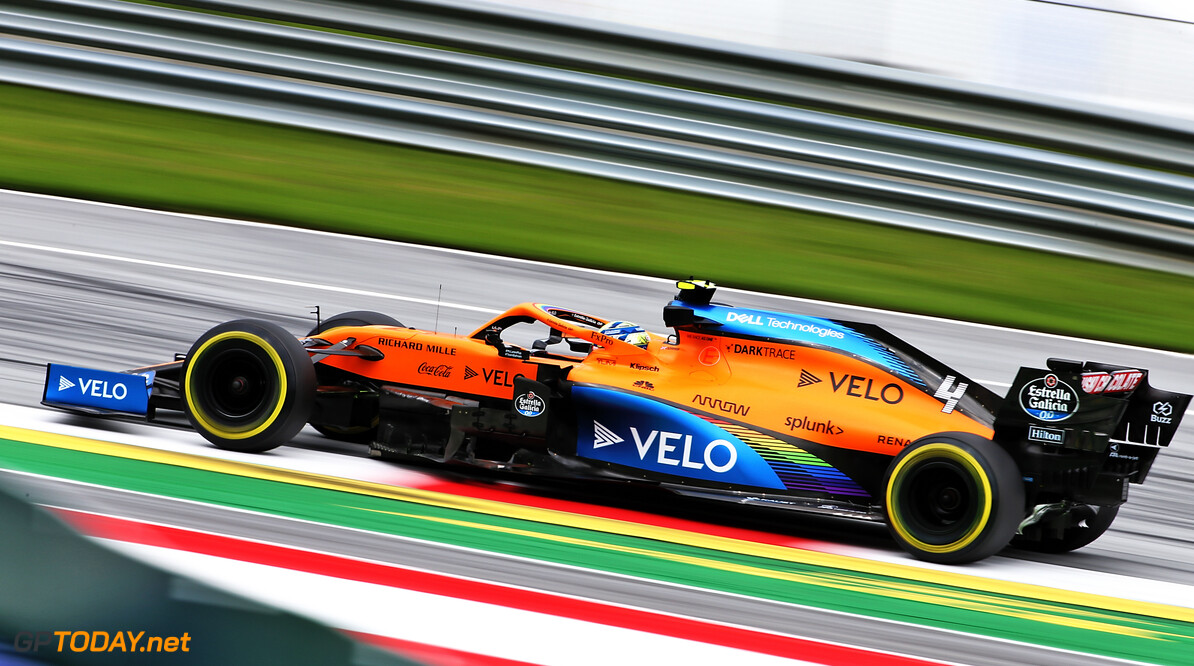 Norris: Rediscovering F1 brakes was 'a shock to the system'

Lando Norris says having Formula 1-spec brakes slowing him down was a “shock to the system” during his first day back in an F1 car since February.

Norris last drove the McLaren MCL35 at pre-season testing in Barcelona before the opening ten races of the season were called off due to the spread of COVID-19.

The Briton, who is entering his second F1 season, spent lockdown racing virtually and taking part in online events. Last month, he managed to test a Formula 3 car at Silverstone alongside teammate Carlos Sainz in preparation for F1's comeback.

Having got back behind the wheel of an F1 car during the opening day of practice in Austria, Norris says the braking power shocked him much more than the straight-line and cornering speeds.

“It was a shock. The weird thing was, it wasn't the straight-line speed or cornering which was the biggest thing,” he told Sky F1.

“It was the braking, getting used to how late you can stop in a Formula 1 car. It was a shock to the body. Everything else, I kind of felt like I adapted to quickly and it felt normal. But yeah, I wasn't away for that long.

“The braking was the big thing, compared to F3 and so on. That was the thing that took me the longest to get up to speed with.

“It didn't take too long, halfway through FP1 I was already feeling confident in terms of pushing. F3 is nice, it's close and [has] good handling, but nothing compares to Formula 1.”

Norris equalled his best F1 result in Austria last year, crossing the line in sixth place. The 21-year-old says McLaren has high confidence heading into the Spielberg weekend following its pace from last year, but is wary of strong competition from its rivals.

When asked if the car has come far since testing in Barcelona, Norris said: “It's difficult to say really. It's such a different track.

“If we look at last year and we look at Barcelona vs Austria, there was quite a big difference. So we knew the characters of the car were fairly similar and we were good here last year, so we had good confidence coming into this weekend.

“So far everything is still looking pretty good. But at the same time, there are other teams which are very fast. So I'm feeling confident, the car does feel good but there are definitely things we need to improve.”