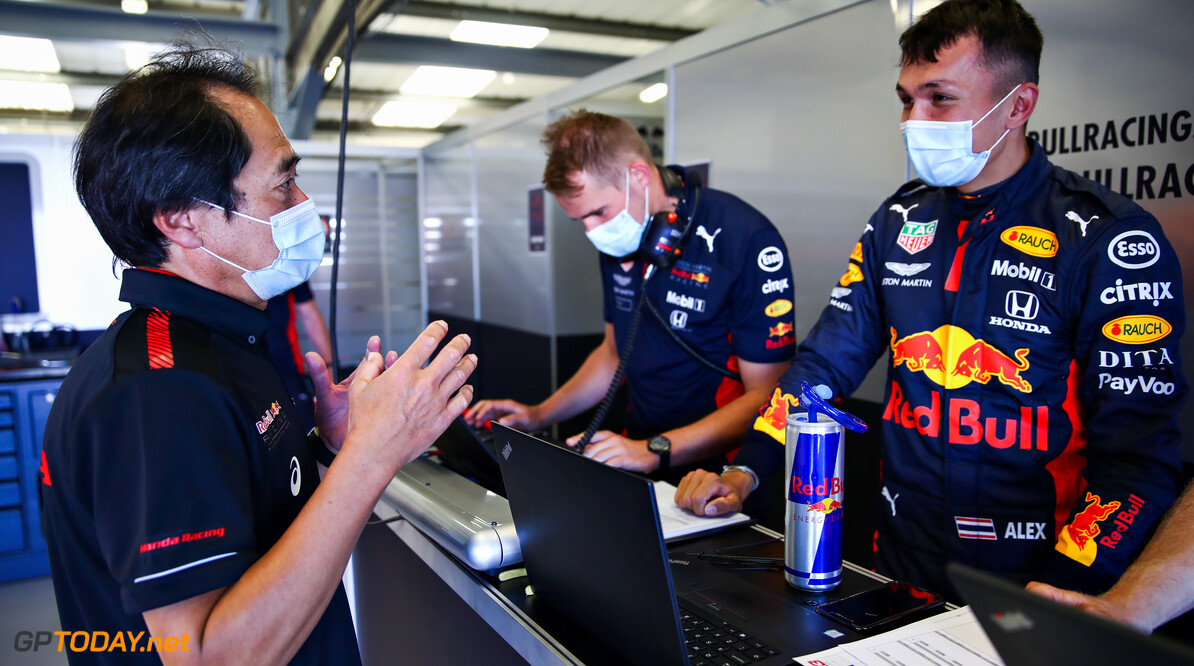 Alexander Albon says the process of getting used to new protocols inside team garages amid the ongoing coronavirus pandemic has been “seamless”.

Formula 1 will return next weekend with the first race of the 2020 season at the Red Bull Ring in Austria.

Red Bull conducted a filming day at Silverstone on Thursday with the RB16, the car that it will use to contest this year's championship. Albon was the only driver present at the track.

Speaking about his day of running, the Thai-British driver said: “It was good to be back in the car today at Silverstone for our filming day and good to shake off the dust and get back into it.

“I haven’t been in an F1 car for three months but after five or six laps I was right back into it. All that work in the gym doesn’t really matter until you see it on track. It’s a small track, a busy track and it was really hot today.

“So it’s been a good way to see where I’m at with fitness and I’m happy with it. It was also great to see everyone again.”

Face masks and social distancing will be the norm when the season resumes, which many teams, including Red Bull, have been practising on the build-up to F1's comeback.

“I’ve been in regular contact with the guys on my side of the garage since Melbourne, so things haven’t changed too much and it was easy to get that understanding again,” Albon said.

“It was also good for everyone to get used to the new COVID-19 protocols and it’s been pretty seamless. Overall it was a good opportunity to get back in touch with everything and to get back into that racing mindset.”

Red Bull team boss Christian Horner, who was also at Silverstone, admitted the new protocols are “a bit foreign” but “vitally important”.

“As a trial run this has been great for the team to enable them to get used to these procedures, which are a little bit foreign, but which are vitally important,” he stated.

“By the time we get to Austria, these procedures will be the new normal and today ensures that everybody knows what’s expected of them when we get to Austria. It’s important for the safety of our Team and everyone around us in Formula 1.”