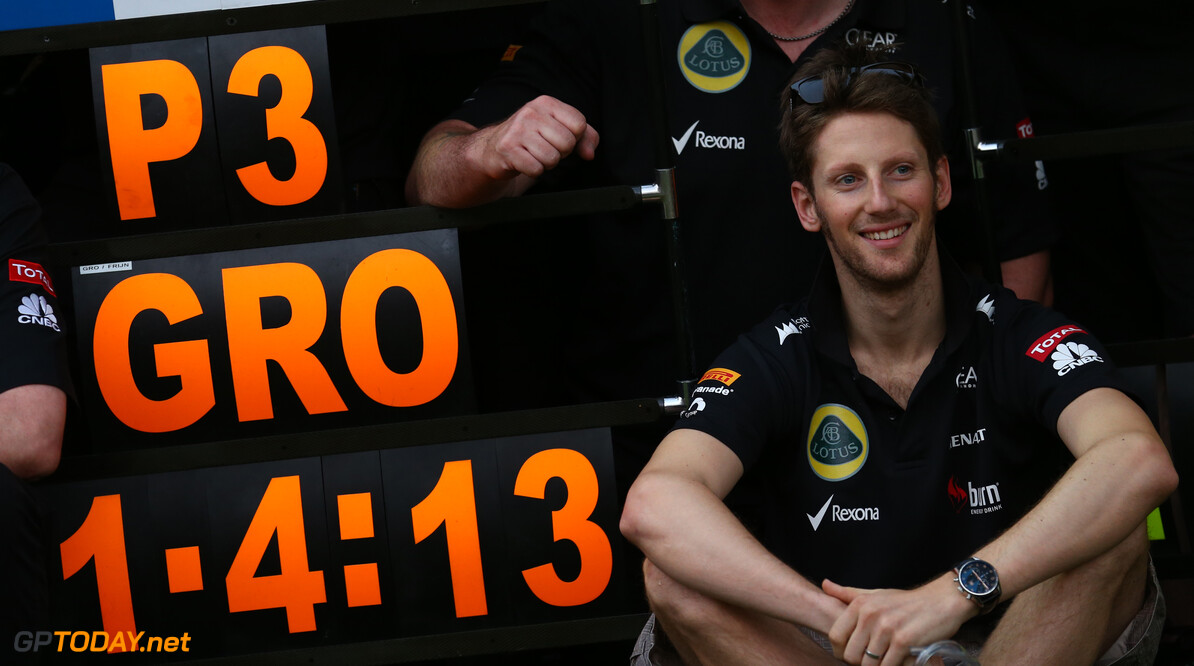 Grosjean: Return to Renault would be 'a nice story'

Romain Grosjean says returning to Renault in 2021 would make for a “nice story” but affirms he has not had any talks regarding his future in Formula 1.

Grosjean, who currently races for Haas, is out of contract at the end of the season having been retained by the American team for another year despite a difficult 2019 campaign.

Haas struggled with its race pace throughout 2019, and was forced to make drastic changes to figure out the problems, which included reverting back to the Australia-spec car midway through the season.

Grosjean ended the year 18th in the drivers' standings with eight points to his name - his lowest ever championship position over the course of a full season.

MORE: Steiner confident Haas will remain in F1 beyond 2020

The Frenchman made his debut in F1 with Renault in 2009 before winning the GP2 championship in 2011 and returning to the team the following year, with Renault running under the Lotus name.

Amassing 10 podiums with the team, he remained at the Enstone-base squad until the end of the 2015 campaign before moving to Haas.

Speaking to ESPN, Grosjean spoke of the possibility of moving back to Renault in 2021: "It would be a nice story. I spent 10 years at Enstone and they funded most of my career, and obviously the last podium of Enstone is mine.

“I think it would be nice to go back there, but it would also be nice to stay at Haas or to try another team. We haven't even done a race, but we are already talking about next year, which is a bit strange.

“But also we are getting into mid-June and early July, which is the start of the silly season, so I don't know, I think first we go back racing, see how the car behaves.

“I will try to do my best and see if my level is still where I want it to be and then we will start discussing and chatting and seeing what we can do.”

With Daniel Ricciardo leaving the Renault team at the end of the 2020 season for McLaren, a seat has opened up alongside Esteban Ocon for next year.