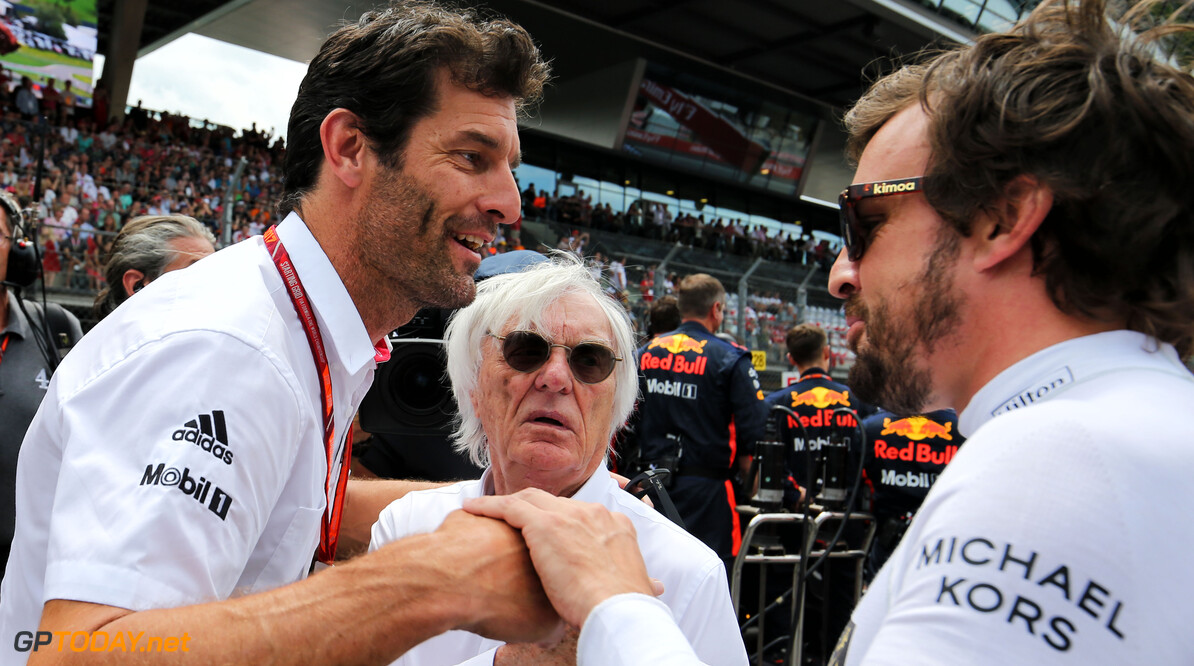 Former F1 driver Mark Webber has said he sees no point for Fernando Alonso to make a return to F1 with Renault given the Spanish driver's hopes to join a race-winning team.

Since the team announced that Daniel Ricciardo would depart for McLaren for 2021, Alonso has been linked to a return to the team he won two world titles with in 2005 and 2006.

Speaking to the F1 Nation podcast, Webber explained that Alonso may struggle should he return to F1 with the team and that he will not want to return to a team competing in the midfield.

"We know Fernando is extraordinary, had an insane career," Webber said. “He’s not at his peak anymore, it will be harder for him to do what he did in the past.

“A Fernando at 9 out of 10 is clearly still good for someone to have. But Alonso is a serial winner and [being stuck in the] mid-pack is what he left F1 for.

"He was determined to say that ‘if I can’t fight the podiums then I don’t want to be in Formula 1’ - that was the last message we had. I don’t see an opportunity for podiums for him in terms of a team that can do that for him."

Webber also raised the question of how long Alonso would stay committed to a contract with the team if it cannot perform to what he expects.

A possible return to the French team would be Alonso's third stint with Renault, as he rejoined the team in 2008 after spending only one year alongside Lewis Hamilton at McLaren.

"He’s a racer, he’s missing it a lot, but what’s the focus?" Webber commented.

"Is he going to be loyal to a new regime and sign a two- or three-year contract? Is it just for one [year], and four months in and then the team is looking for someone else? So, what’s the point?

"I’m not saying he couldn’t, but it would be very, very challenging for him to stay motivated for two years, in the middle of the field."