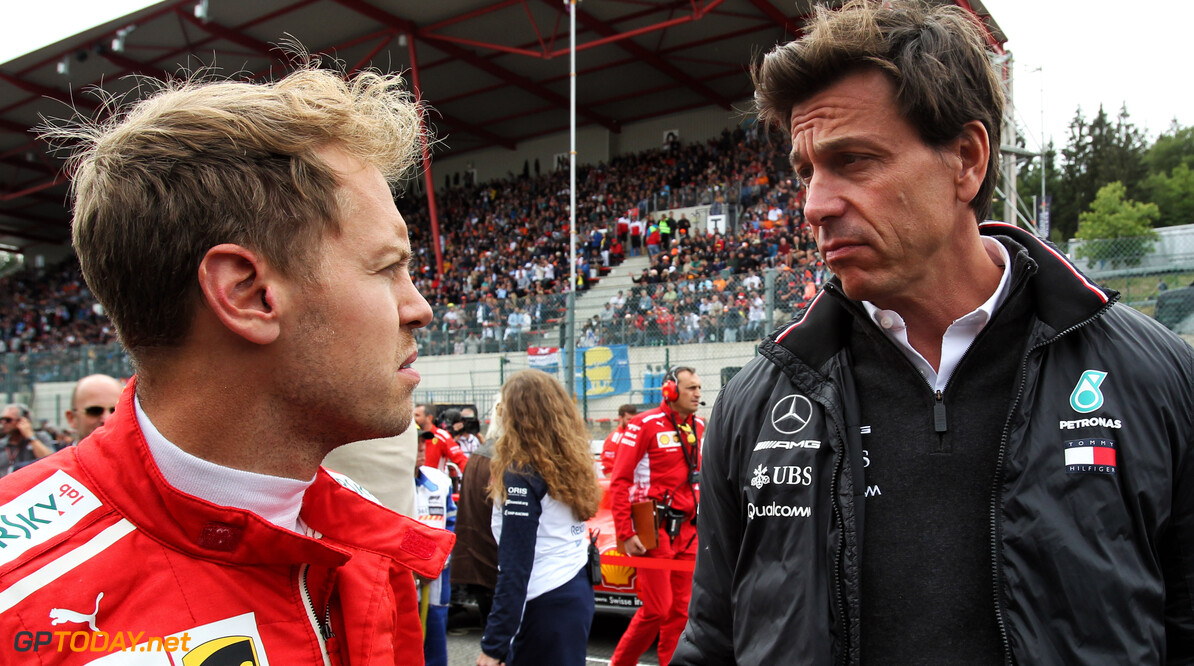 Wolff: Vettel not on top of Mercedes' 2021 wish list

Mercedes team principal Toto Wolff says Sebastian Vettel is not on the top of the team's wish list when deciding its future driver line-up.

Vettel's future in the sport remains in the air after Ferrari announced earlier this week that it would be parting ways with the German at the end of the 2020 season.

Vettel was linked with a move to McLaren, however just two days after Ferrari's declaration, McLaren confirmed that Daniel Ricciardo will join the team in 2021, while Carlos Sainz takes Vettel's spot at Ferrari.

MORE: McLaren affirms Vettel was never an option for 2021 | Brown assures no harsh feelings with Sainz over McLaren departure

More rumours have suggested that Vettel could partner fellow multi-world champion Lewis Hamilton at Mercedes, who have dominated F1 since the turbo-hybrid era began in 2014.

However, Wolff says that the team's focus right now going forward is the future of George Russell, Mercedes' junior driver who made his F1 debut last year with Williams.

"For us, the question is what to do about George Russell,” Wolff told ORF. “That's one option. Then there is also the Sebastian Vettel option. But that is not first on our agenda, because we have to concentrate on our own driver programme.”

Russell spent his first season in F1 at the back of the field as Williams struggled to keep up with its rivals throughout the year.

Both Lewis Hamilton and Valtteri Bottas are out of contract at the end of the 2020 campaign, which will be their fourth year in partnership together.

Wolff believes that Vettel is “pulling all the strings” as he can decide whether or not he stays or remains in F1 with another team.

"Sebastian is pulling all the strings," Wolff said. "He can decide for himself whether he wants to quit or join another team. There are still some interesting places."