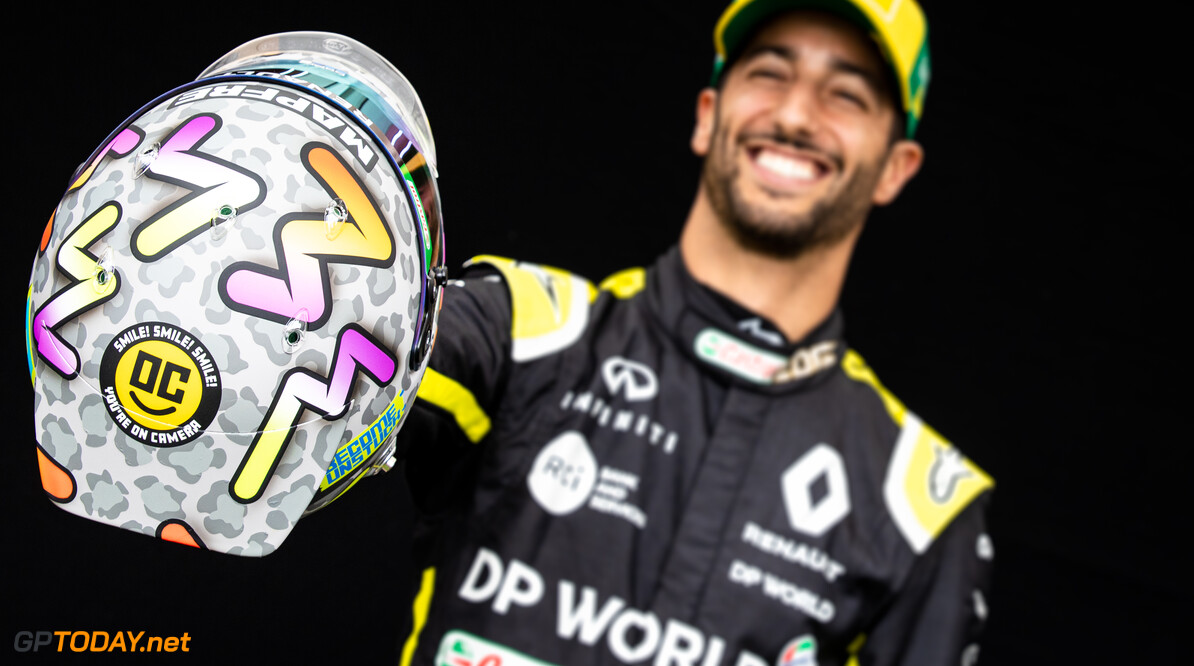 Renault's Daniel Ricciardo is confident that he can still achieve his dream of winning a Formula 1 world championship.

Ricciardo won seven races during his five seasons with Red Bull and finished third in the championship in 2014 and 2016, but failed to score a podium in 2019 during his first year with Renault.

Despite a slow start last season with his new team, Ricciardo is still ambitious that he can achieve the world title during his time in F1.

"My basic target with this whole journey was not just to get into F1. It was to leave a World Champion,” Ricciardo told BBC Radio 5 Live

"Was I excited to get to F1? Absolutely. Do I love it? Yes. I haven’t got there yet. But am I still enjoying it? Absolutely.

"But if it ended today would I be disappointed? A big part of me would be because it’s something I really believe I am good enough to achieve, so I would feel it has left smelting on the table.

“That is the ultimate goal. The day I stop believing I’m able to get that any more it is the day you’ll probably see me walk away from the sport, but I certainly still believe this can happen."

Ricciardo spoke about his move from Red Bull to Renault and expressed frustration that sometimes a driver can be held back by how well the team can perform and the resources available to it.

He remained confident that he made the right move when he departed Red Bull at the end of 2018 and said that he believes that he will get better results with the Renault team.

"It’s frustrating that the sport is driven quite a lot by being in the right equipment in the right season. But it’s what I signed up for. And that in itself is an exciting part of the sport," Ricciardo added.

"The challenge is to position yourself with the best team at that moment and when rule changes come in, it’s, like, is that still the right team to be with, or are we missing something? Do we need to try to build on what we’ve got here?

"It’s kind of like chess a lot of the time. I wish it was black and white and everyone had the same and we could go and see who was the best, but that is not how it works. But I do feel that the best will always find a way to make it to the top."