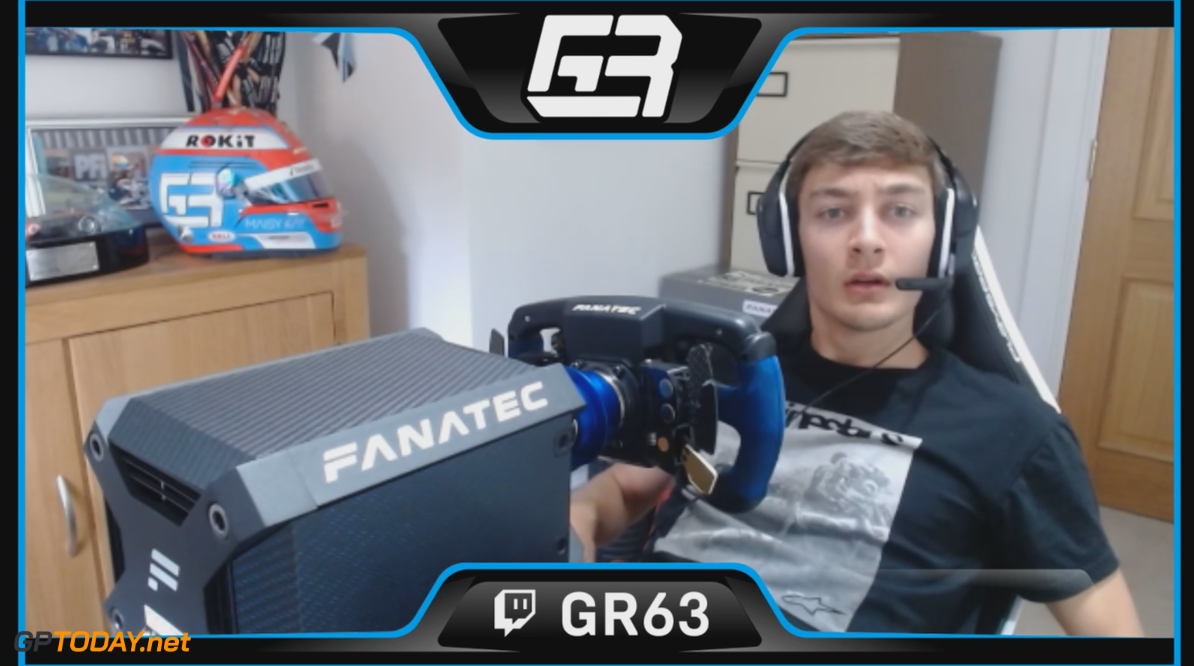 George Russell says that streaming to fans is fulfilling his duty as a driver to entertain during the coronavirus pandemic.

With the opening ten races of the 2020 season called off, a handful of Formula 1 drivers have taken to Twitch to stream themselves racing or playing other video games.

Just over a quarter of the 2020 drivers, including Russell, have been taking part in the Virtual Grand Prix series on Sunday evenings when a real-world championship race was scheduled to take place.

Charles Leclerc recently stated that the streams were bringing the drivers closer together, which Russell agreed with.

“It's been good fun,” he told Sky F1. “Firstly it's sort of brought the drivers together a little bit more, the ones who are taking part in this.

“I've enjoyed it, the streaming side of things is something I've never done before and I've actually really enjoyed doing it, it's an easy way to show your true colours and get your personality out there.

“From our side, there's almost a sense of duty to put on a bit of a show and entertainment for all of the loyal F1 fans who have got nothing to watch or follow.”

Russell has been racing Codemasters' F1 2019 game as well more advanced simulators such as Assetto Corsa alongside Leclerc and Red Bull's Alexander Albon.

The Williams driver says that although they are competing virtually, the competitive drive is very much alive, leading to hours of practice before races.

“It soon got very competitive which led to hours and hours behind the computer screen in my living room on the simulator, which is not necessarily what I want to be doing when the weather is nice,” Russell laughed.

“But that's what it takes to get this competitive edge, and I've enjoyed it so far.”