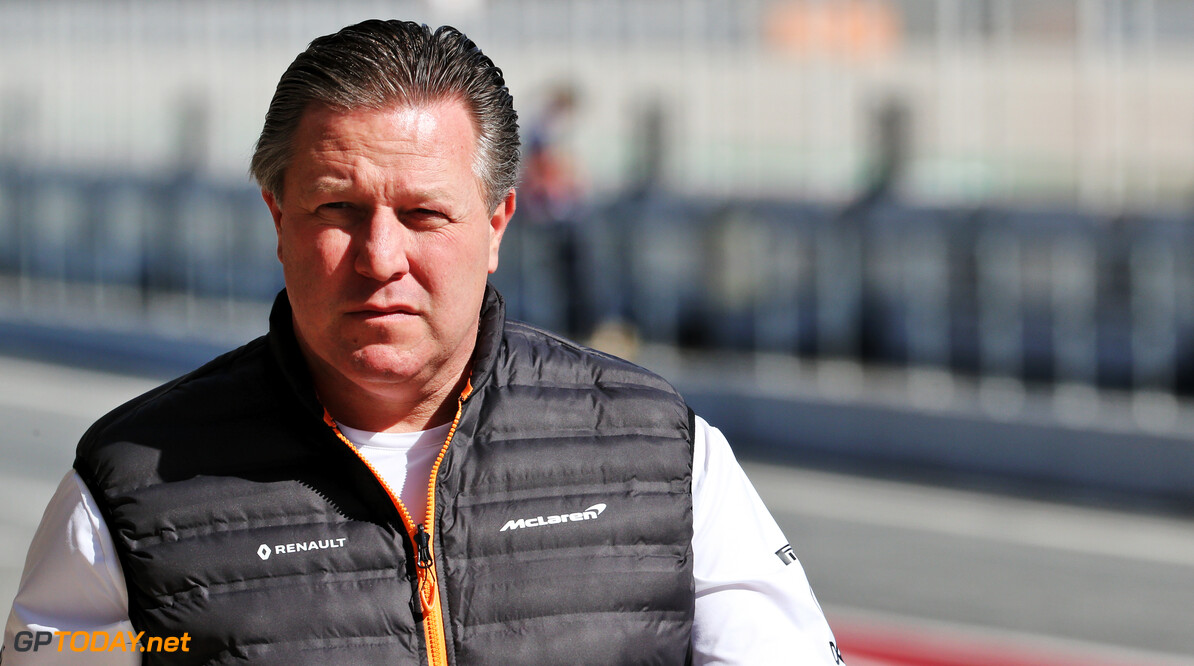 'Fragile' F1 could lose up to four teams - Brown

Formula 1 is in a fragile state due to the coronavirus pandemic and risks losing up to four teams as a result, according to McLaren team principal Zak Brown.

The start of the 2020 F1 season has been delayed due to the spreading virus, which has seen over 1.2 million confirmed cases worldwide.

MORE: Season start at Silverstone in July 'very optimistic' - Webber | Horner: Factory shutdown could be extended into May

A budget cap of $175 million dollars is scheduled to be enforced in 2021, however Brown believes that figure should be reduced dramatically or risk seeing teams drop off the grid.

"Could I see - through what is going on right now in the world if we don't tackle this situation head on very aggressively - two teams disappearing? Yeah," Brown told BBC Sport.

"In fact, I could see four teams disappearing if this isn't handled the right way.

"And then, given how long it takes to ramp up an F1 team, and given the economic and health crisis we are in right now, to think there would be people lined up to take over those teams like there has historically been... I don't think the timing could be worse from that standpoint.

"So I think F1 is in a very fragile state at the moment."

F1 is set for a meeting on Monday to tackle the cost-cutting topic and aim for a solution that's beneficial to all 10 teams on the grid.

Brown added that all teams are in favour of reducing the budget cap to $150 million, and a majority have shown approval for an even lower figure.

"You have everyone at $150 million, and the strong majority, including one of the big teams, willing to come substantially under $150 million,” Brown said.

"If we don't make an aggressive enough budget cap and some people feel they have to top up this year and have no chance of getting it back, then they ask themselves: Why are they in it? I don't think anyone competes in F1 just to make up the numbers."