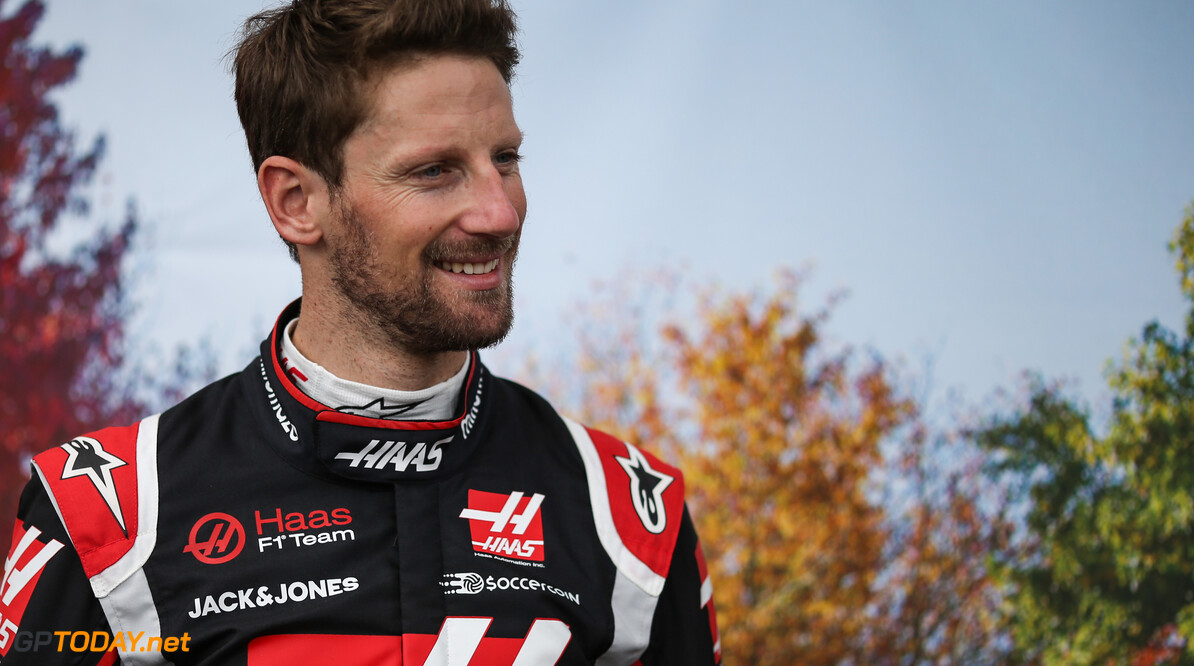 Grosjean hails Haas for being open about team's uncertain future

Haas F1 driver Romain Grosjean has complemented team owner Gene Haas for being honest about the team's uncertainty to stay in F1 past this season.

Haas recently admitted he wanted to make sure his team could be competitive enough in the future before making any financial decisions to keep the team in the sport.

Looking to improve from the team's impressive fifth-place finish in 2018, last season was one to forget for the American team, as struggles with the car saw them score only eight points in the whole season

Grosjean believes that the open comments are a positive thing from the team's owner, as it now allows the team to know that it has to work harder to produce results.

"At least he clears things up," Grosjean told French TV channel Canal+. "There is nothing worse than someone who says 'No, no, we'll stay in Formula 1, everything's fine, etc', only to stop the whole thing completely by surprise."

Grosjean 'understands' these comments from Haas

While such comments from a team owner could worry members about the future of the team in F1, Grosjean understands why Haas made these comments and said that they can be taken in a positive light.

Grosjean explained how such comments will help towards making sure the team knows what needs to be done to secure a future in F1, and is confident that the team can work hard and progress up the order.

"Gene was clear: he joined F1 to put the Haas Automation brand on the map. He now has this reputation and the brand is well known," Grosjean added.

"He came to Formula 1 also because he likes motorsport, he's a true petrol head. Now, is there a single person close to Haas who enjoyed watching Formula 1 races in 2019? I perfectly understand what he said, and I find it rather positive.

"Sure all the mechanics are thinking 'Really? But what's going to happen?', they have more doubts. But the management, drivers and engineers know we've got to work."