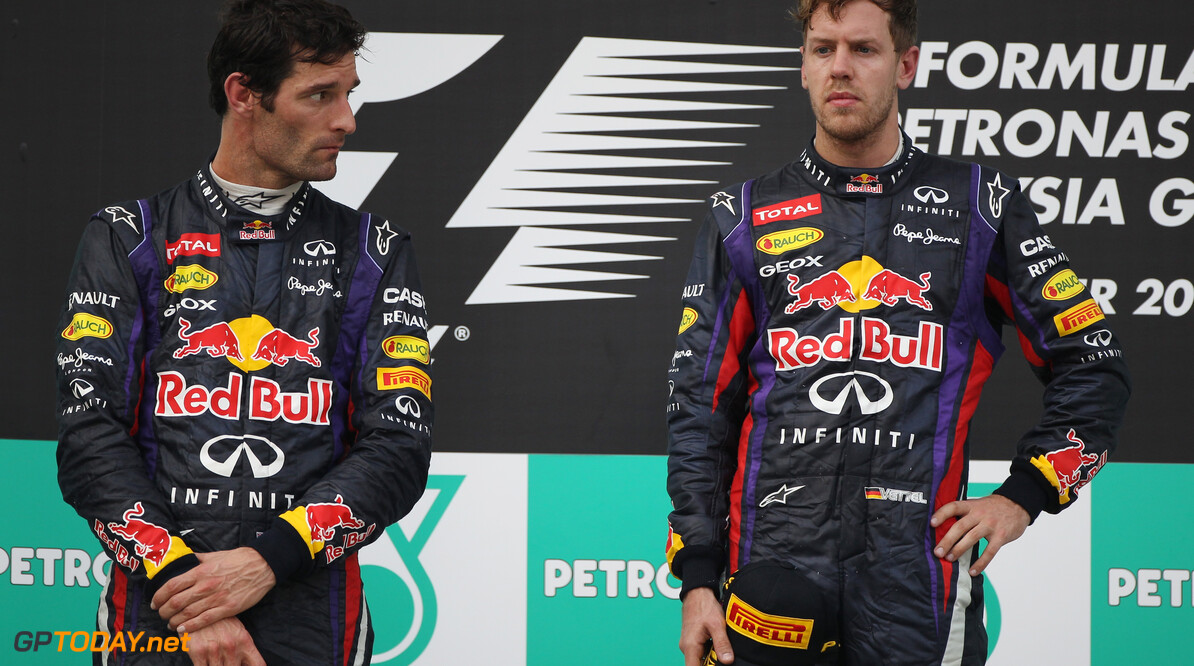 In what was one of the more fiery intra-team relationship's in recent years, Sebastian Vettel and Mark Webber's tense Red Bull partnership reached boiling point on this day in 2013.

Heading into the second round of the season, Kimi Raikkonen held the lead in the drivers' championship after taking the race win in Melbourne for Lotus.

Vettel took his 37th career pole position ahead of Sunday's race, lining up alongside Felipe Massa, while Webber took the start from fifth on the grid.

Conditions were mildly damp for the start of the grand prix, causing the drivers to take the start on the intermediate Pirelli compound. At the first corner, Alonso made contact with Vettel and damaged his front wing, which would soon become completely detached, sending the Spaniard into retirement. 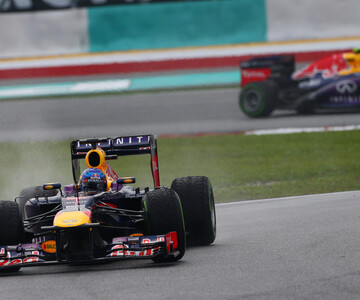 In the following laps, lap times began to creep down which saw Vettel peel into the pit lane to take on a set of slick compounds.

However, the then three-time world champion struggled on the dry tyres and found himself being passed by a number of cars. On lap seven, Webber pitted and emerged back onto the track in front of Vettel.

Webber retained his lead all the way to the second pit stop phase, and he made his second stop before Vettel, having taken command of the race.

Three laps after Webber made his second stop, Vettel was serviced by his Red Bull crew, but couldn't take advantage of the free air to make up the time, and once again found himself behind his Australian partner.

Vettel appeared to possess more pace than Webber and closed up onto the back of him as the race went on. Red Bull instructed Vettel to save his tyres, with Webber doing the same.

Hamilton, who was running in third place, was the first of the front runners to make a third pit stop, causing the Red Bull team to react in the following laps. Webber was first in, followed by Vettel on the following lap.

Vettel found himself behind Hamilton but soon managed to pass the Briton who was instructed by his new Mercedes team to save fuel. Hamilton soon would also come under pressure from his teammate Nico Rosberg, with team orders intervening at the Brackley outfit, putting a halt to any potential wheel-to-wheel battle.

After clearing Hamilton, Vettel set his sights on race leader Webber. The final phase of pit stops went smoothly for the leaders, and it was after this when Vettel forced an attack on Webber on the start/finish straight.

After Webber fended him off, Vettel was delivered a "Multi-Map 21” order to hold position - an order that Vettel defied. He took the lead from Webber in an intense wheel-to-wheel fight.

Webber sarcastically declared over the radio that it was “great teamwork”, which saw team boss Christian Horner tell Vettel: “This is silly, Seb. Come on.” 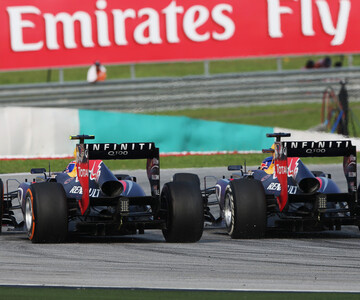 Webber launched a counter-attack on Vettel on the next lap, but was forced wide by Vettel and could not re-take the lead from his teammate. With less than ten laps to go after their fight, Vettel held on to take what would be his first of 11 race wins that season.

Horner later stated that Vettel's reluctancy to hang back from Webber stemmed from Brazil 2012, when Vettel was involved in a championship fight with Alonso.

On the Beyond The Grid podcast, Horner said: “It probably culminated at the end of 2012 when Sebastian was fighting Alonso for the championship and Mark squeezed him up against the pit wall at the start of the race in Brazil, in the championship decider, which ultimately resulted in him getting turned round by Bruno Senna. Sebastian was hugely angry about that.

“There was a hangover of that that led into Malaysia, literally two races later, split by four or five months. You had a situation where you have Mark in the car ahead, Sebastian on new tyres in the car behind. The tyres were pretty fragile, we’re telling them hold position and Sebastian thought ‘Fuck you’.”

2013 would be Webber's last year in the sport, but it was his first since 2009 in which he failed to win a race. Vettel would go on to dominate the season and comfortably win what remains his final world drivers' title.

Following Webber's retirement from the sport, the two were quick to deescalate any tensions that built up over their time as teammates at the energy drink squad.