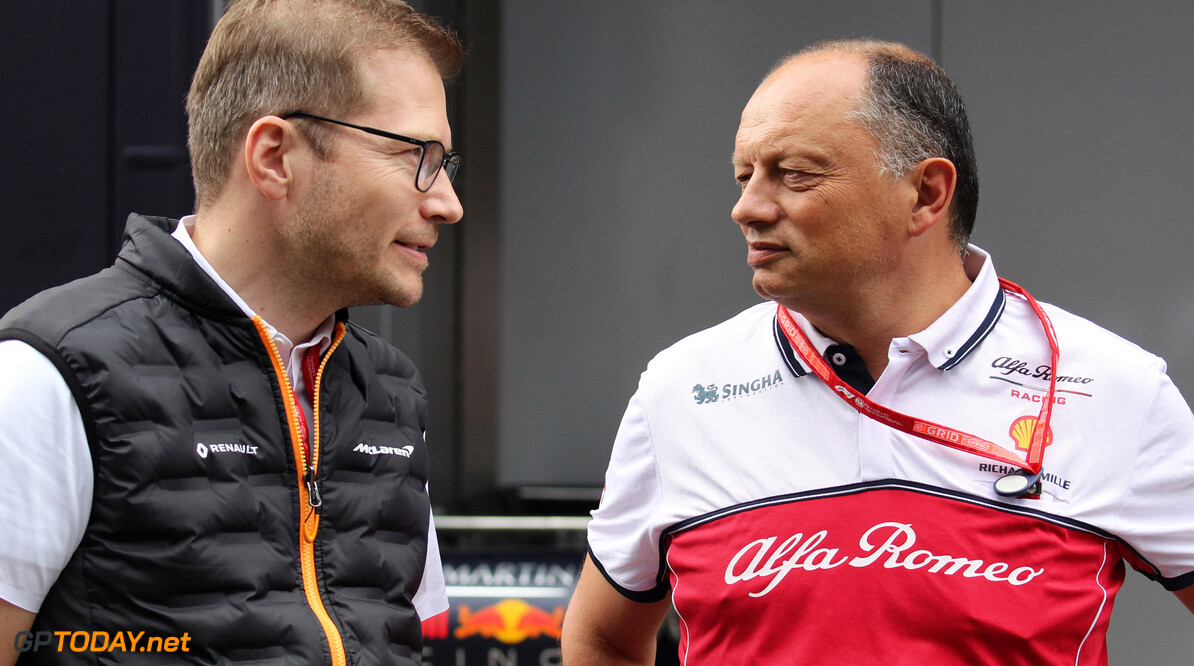 Vasseur: Unfair to race in Melbourne without McLaren

Alfa Romeo team principal Frederic Vasseur has said that it would have been considered unfair to go ahead with the Australian Grand Prix without McLaren on the grid.

McLaren decided to withdraw from the weekend last Thursday when it was confirmed that a member of the team had tested positive for coronavirus.

The withdrawal then set about a number of meetings between teams and circuit officials, with the weekend eventually cancelled two hours before the start of Friday's first free practice session.

It is understood that Alfa Romeo was one of four remaining teams that opted for a cancellation of the weekend during a meeting with F1 managing director Ross Brawn on Thursday night.

“As a racer it’s difficult to take this kind of decision,” Vasseur told Autosport.

“It’s not easy for the team, because everybody pushed like hell to be on time in Melbourne, on the race team but also back in the factory. But we have to take the decision, perhaps it’s a shame that it’s a bit too late. But it exploded so quickly.”

Next few weeks should be taken 'step-by-step'

Soon after the cancellation of the Australian Grand Prix, F1 announced that the coming rounds in Bahrain and Vietnam will also be postponed, with the Dutch and Spanish Grands Prix still awaiting a final decision.

Vasseur explained that the outbreak of coronavirus across the globe is currently a much bigger problem and that the right decisions need to be made in order to contain the outbreak and get back racing as soon as possible.

“The situation is not easy, it’s a huge disaster all over the world," Vasseur added. "F1 is not the centre of the world, so let’s do it step-by-step. The first step is not an easy one.”