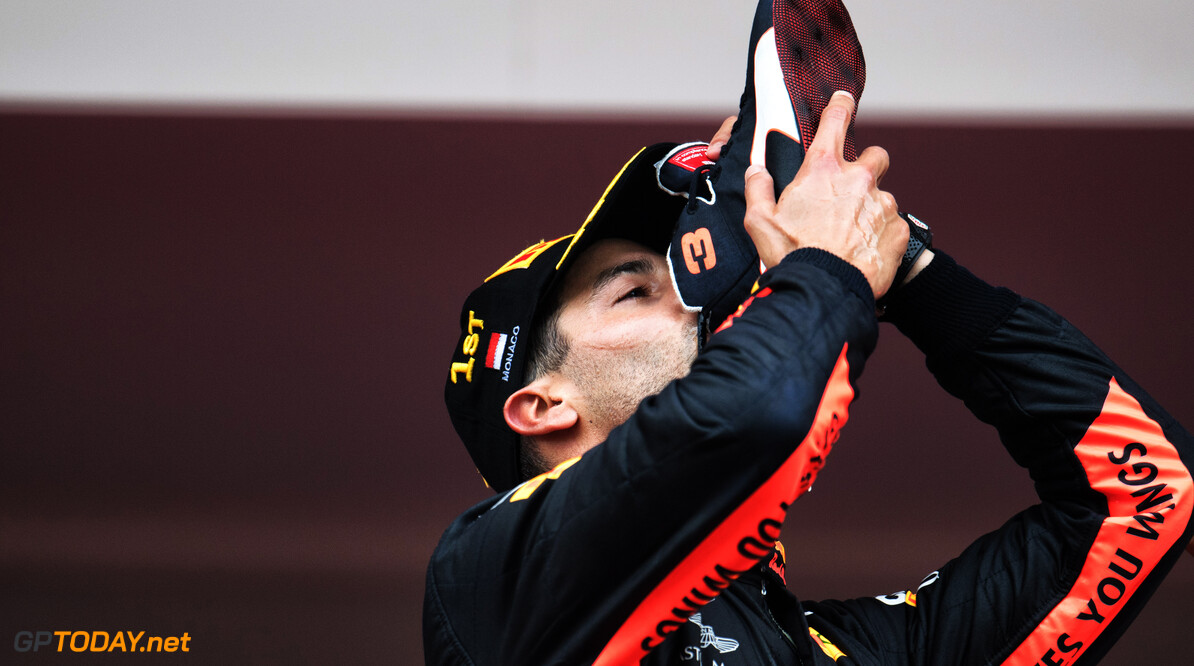 Daniel Ricciardo admits he misses his famous shoey celebration ahead of his second season with Renault.

During his days at Red Bull, Ricciardo would celebrate on the podium by pouring champagne into his race boot before drinking out of it.

It has become his signature celebration following on-track success, however Renault is still yet to achieve a podium result since its return to F1 as a works team in 2016.

MORE: Ricciardo on Mercedes' DAS system: 'I love seeing that. Hats off to them' | The F1 pairing set to deliver a tantalising 2020 intra-team battle

The team lost fourth place in the constructors' championship to McLaren last year and is looking to make strides this year, with Ricciardo insisting his initial impressions of the car are good.

“Success looks like a sweaty shoe filled with champagne,” Ricciardo said. “That is what success looks like to me. And I miss it. When I used to do it, I was like 'This is terrible, what am I doing'.

“But I really miss it, it's a love/hate relationship with my boot. That would certainly make things good. My first impressions on the car were good.

“I think we are going to be better but it's how much better. That's what we've got to prove to ourselves in the first few races.”

The Australian added that there no objectives from a results point of view will be set from him, as he is keen to see Renault with high morale and a willingness to push.

“It's nothing from a position point of view,” Ricciardo said when asked about 2020 goals. “Obviously I'd love to get a podium and finish as high as possible.

“But there's nothing like 'If I'm not in the top five, I'm getting out of here'. It's nothing like that. You're going to see things in the team, the morale and spirit.

“Just like Mercedes, how much they're willing to innovate and push themselves and be bold, not to be laughed at. It's these little things but right now I'm seeing good signs.”