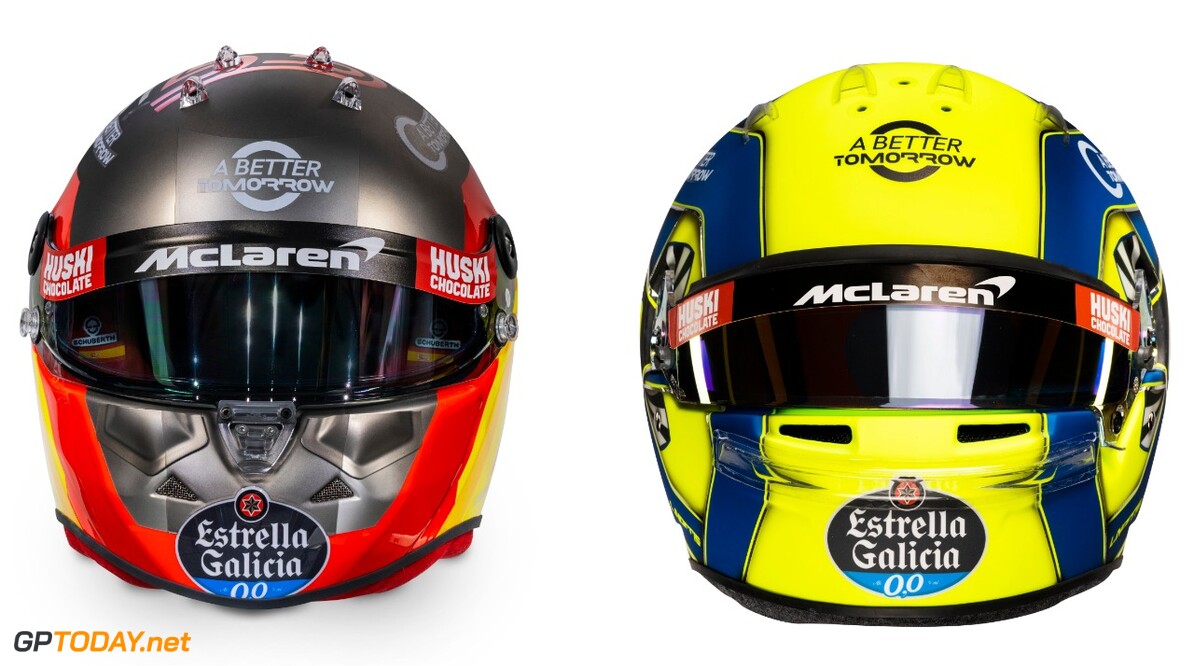 Sainz and Norris present their 2020 helmets

On Thursday, McLaren launched its 2020 car, the MCL35. The event took place at its headquarters in Woking, with the car bringing in some minor design tweaks.

One thing that hasn't changed for the 2020 season at the team is its driver line-up, as Carlos Sainz and Lando Norris stay for a second season.

The pairing proved valuable to McLaren on its way to finishing fourth in the constructors' championship last year, its best result in 2012.

For the upcoming season, Sainz has changed his helmet design, using a shade of grey which lies against the red and yellow colours of the Spanish flag.

Norris' design has remained relatively the same as in 2019.

?? HELMET 2020!! I’ll be playing with different tones of grey throughout the season so it’s important to have your feedback! Flag design is a bit more aggressive as well! Let me know what you think? @DaveDesigns083 @SchuberthHelmet @JMD_helmets pic.twitter.com/j83Bi0W1aE