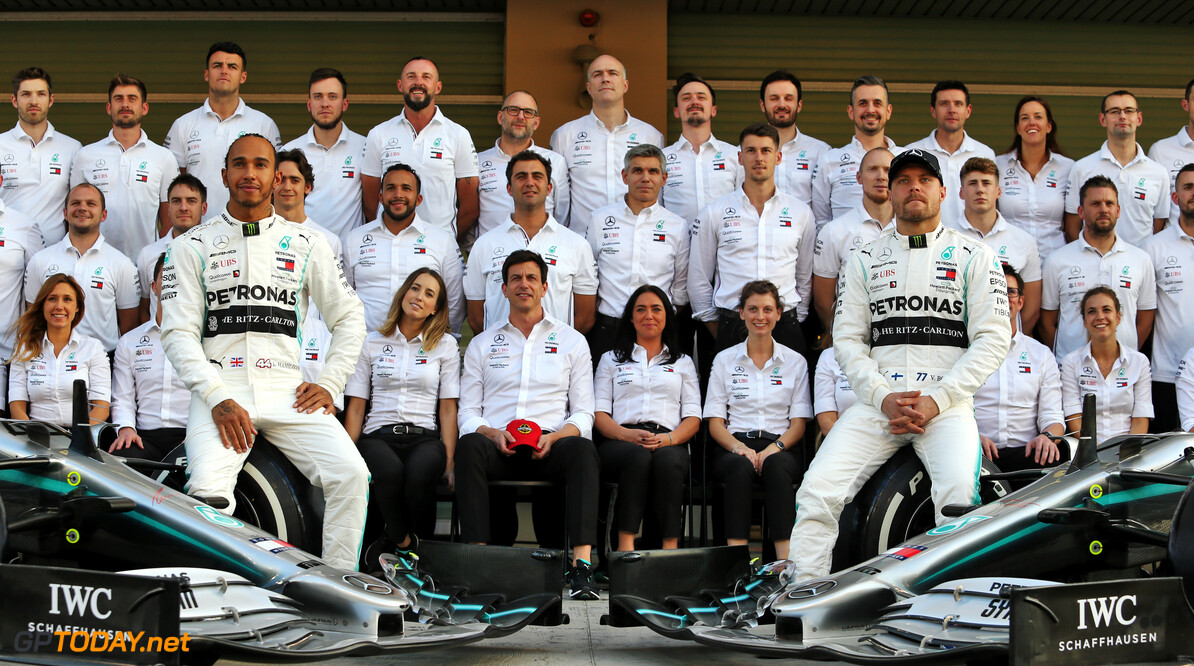 Mercedes team principal Toto Wolff has denied rumours that the team is evaluating its position in Formula 1, declaring the reports as "nonsense".

It has been suggested in recent weeks that the German manufacturer was poised to hold a meeting in which it would discuss its F1 involvement beyond the 2020 season.

At an event in London on Monday, Mercedes unveiled its 2020 livery along with the announcement of a new five-year sponsorship with Ineos, who becomes a principal partner of the Silver Arrows.

The long-term contract further hints at Mercedes intent to stay in the sport - an area that Wolff commented on.

“F1 is the halo platform for hybrid engineering," he said. "That is something that is not communicated enough, because it was talked down at the beginning of the V6 hybrid era.

"And it’s something we should really put more emphasis on. In that respect with, with all the things that are out in the media, we like the platform, but at the same time, we’re in a negotiation with the rights holders, and things need to be sorted out.

"But the partnership is clearly something that indicates our wish to continue our successful journey in F1.”

After a joined report emerged from Autocar and RaceFans that Daimler was set to hold an emergency meeting, Reuters reported the following day that the company's chairman Ola Kaellenius told it that the story was "not true".

Wolff backed up Kaellenius' claim, branding the piece as "a complete nonsense story".

“F1 has always been a great provider of headlines over the winter break," he said. "And by the sheer lack of racing results and the controversy on track, dropping a bombshell of a headline, always sells.

“In that respect, I’m always surprised that there’s just some lunatic out there that writes something on an internet page and it’s being picked up, which was a complete nonsense story, which was put straight by the CEO of Daimler the following day. That is one part of the story.

“The other part is that with everything we do, we have to question is it the right activity that we deploy? It’s whether it’s in the petrochemical business, whether it’s as an OEM in the car industry, or whether it’s F1.

“We, as Daimler today, we see the advantages and the benefits that Formula 1 as a marketing platform provides to us and we see the data. And that is the underlying condition why we’re doing it.”