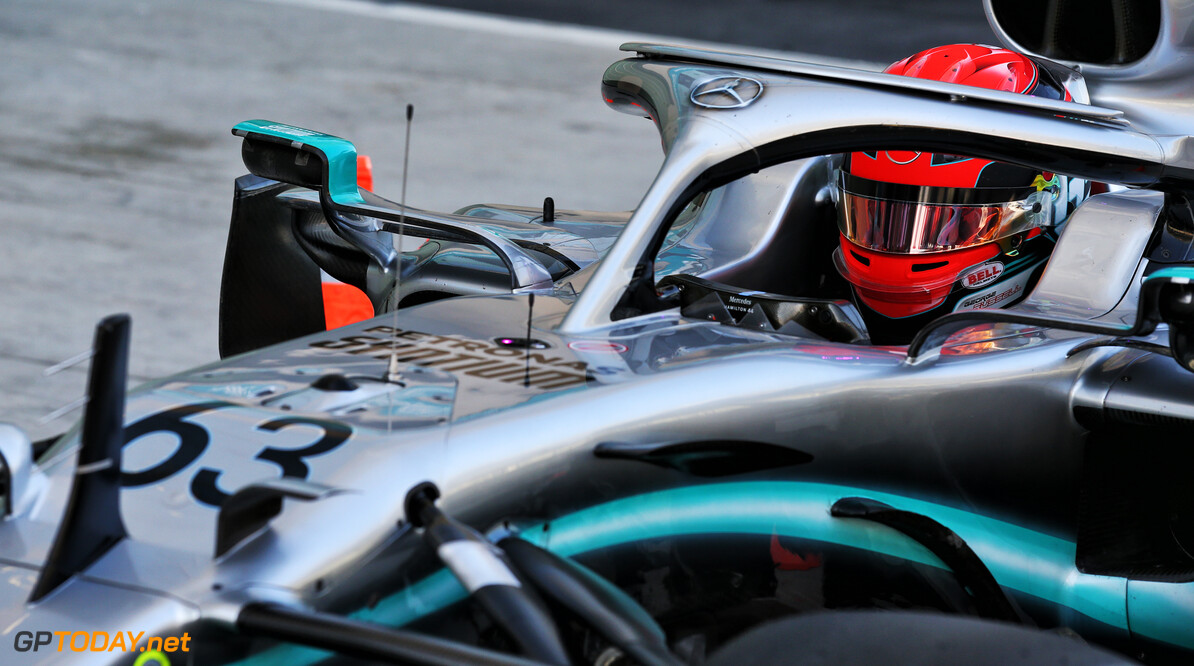 Russell 'would consider' Mercedes drive if it was offered

George Russell affirms that he would have to consider a switch to Mercedes if an offer came his way in the near future.

The 2018 Formula 2 champion has been part of the Silver Arrows' junior programme since 2017, prior to his title success in GP3.

Last year, Russell made his debut in Formula 1 with Williams, but a difficult season for the Grove-based squad saw it stuck at the bottom of the field.

Nevertheless, Russell impressed, as he whitewashed teammate Robert Kubica in qualifying by getting the better of him in every Saturday session during the year.

Deputy team principal of Williams, Claire Williams, recently affirmed that her team would not be late for pre-season testing as it was last year, with Russell adding that he is confident Williams can emerge from its current struggles.

"Everyone will improve because that's what Formula 1 is," Russell told Auto Sport Web. "There's still time before the pre-season testing and we are still improving. At this point we are on the right path."

Mercedes has consistently proven to be the strongest team in the field over the last six year, as it is still unbeaten to the title in the turbo-hybrid era.

Russell admits that Mercedes' strike force would be tempting to him, but warned against getting caught up thinking about the possibility of making the move.

"Every driver in Formula 1 wants to be world champion and is looking for that chance. Any driver who gets a call from Mercedes, including me, would have to consider it. Mercedes is the team that dominates F1 today.

"I don't want to think too far ahead," he added. "You risk not concentrating on the job at hand. If you continue to do a good job, you know that offers will come from somewhere.

"That's why I focus on every race, every free practice. I know what I can do. Opportunities will come if you maximise your strengths in each and every session."

Russell will be joined by Canadian Nicholas Latifi in 2019, who joins after a handful of years in the FIA Formula 2 championship.