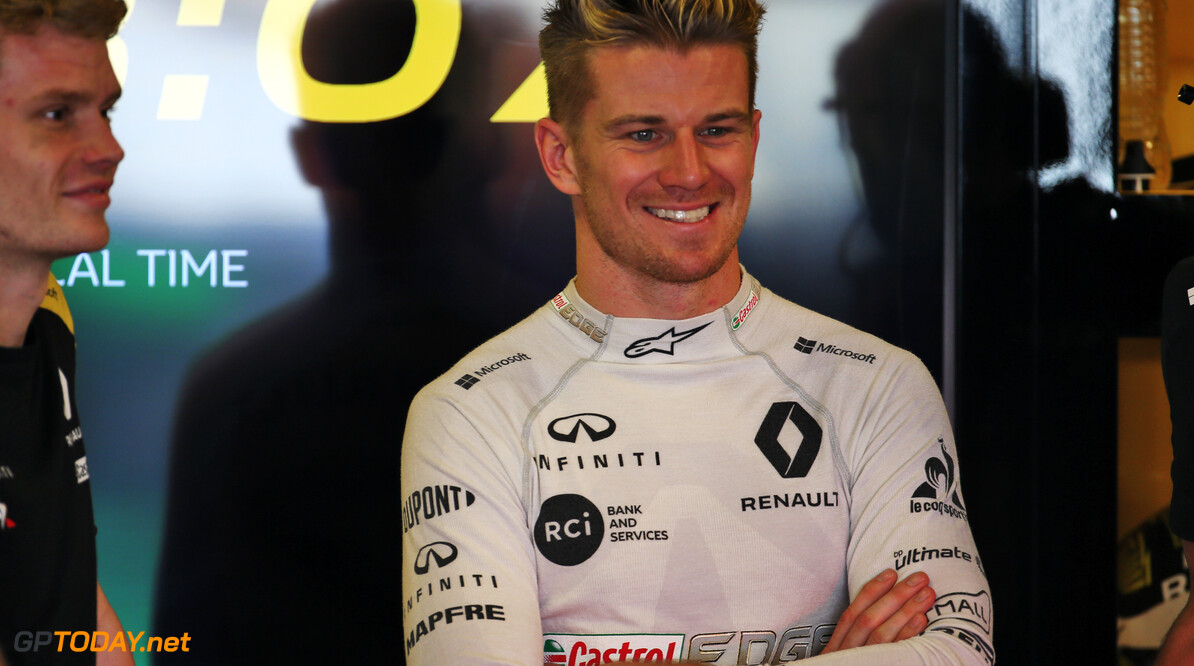 Hulkenberg not bitter over no F1 podium result

Nico Hulkenberg insists that he is not bitter over missing out on a podium finish in Formula 1.

The 2019 season will be the first since 2011 without the German on the grid, as he has been replaced at Renault by Esteban Ocon.

Hulkenberg holds the record for the most race starts without a podium finish to his name in F1 history (177) and is 49 starts in front of Adrian Sutil, who is placed second on the list.

Hulkenberg had numerous opportunities throughout his career to finish inside the top three, but always fell short - however he states that he is not resentful over the statistic.

"It's obviously a fact, it is what it is. I'm not bitter about that, of course I would like to not have that, but there were always some reasons or some circumstances that prevented that podium," Hulkenberg said.

"That's the way it is. I don't look at it or think about it that much. You have opportunities, you miss them and you move on. It's just life."

Hulkenberg not ruling out a potential return

Hulkenberg added that he is not ruling out returning to the sport in the future, something he did in 2012, after he was on the sidelines in 2011.

Despite knowing that he will miss F1 next year, Hulkenberg says that he is looking forward to the break that he will receive and change up the rhythm of his lifestyle.

"It can happen, I'm not ruling out anything," he said of a potential return. "That's why for me it's totally fine at the moment. A big part of me is also excited for that break that I'm going to get.

"Not living this schedule, this rhythm, having to do these things that are pre-set. I've never had a break. Since I started when I was seven, it's always been my life, my world.

"Of course, it's going to be quite a new situation, a shock as well. I'm sure there will be moments that it will be hard, but it's part of it."