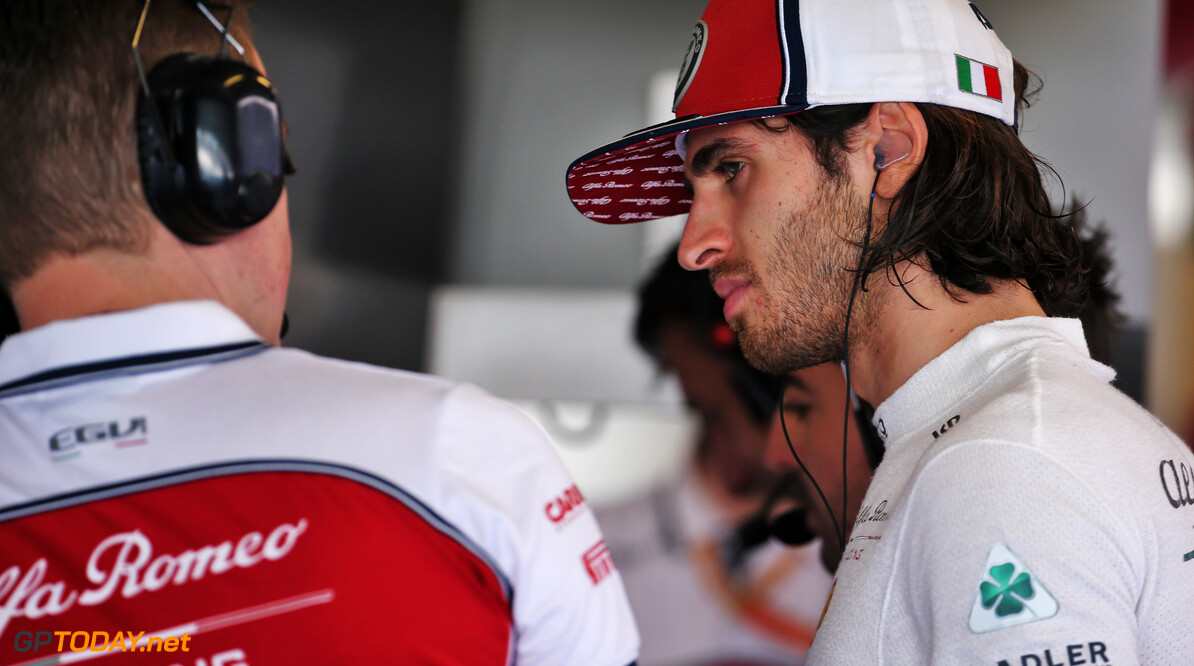 Giovinazzi determined to return as a stronger driver for 2020

Alfa Romeo driver Antonio Giovinazzi has vowed to return stronger next season, after completing his first season with the team this year.

2019 was Giovinazzi's first full season in Formula 1, despite competing in the opening two races in Melbourne and Shanghai in 2017, replacing injured Sauber driver Pascal Wehrlein.

Giovinazzi was confirmed prior to November's United States Grand Prix to be staying at the Alfa Romeo team alongside Kimi Raikkonen for 2020.

"There's many things I can take from this season into next season," Giovinazzi said. "Starting with Melbourne next year, I will be much ready and I think it will be important for me and Kimi to work really hard this winter.

"We will try to work as hard as we can to have a good car and I think this is the most important thing for us and the team.

"I think Monza and Singapore, but also Brazil was the best result for us. I think these three are really good memories. If I think of bad memories, I think Spa.

"But I think you need bad memories to learn from them and I can come back stronger next year.

Giovinazzi reflected on what was a poor season finale for the Alfa Romeo team in Abu Dhabi just under a fortnight ago but was determined to use the post-season tests and winter break to come back stronger in Melbourne next March.

"It was for sure a difficult race," Giovinazzi added. "We tried different strategies, I started on the softs and we have a good few first laps but after that, I was on of the first to go onto the hard tyres and then got stuck behind the Williams with no DRS.

"It was just a difficult race and the pace wasn't really there. Now, I just want to focus on 2020 and with our tests on Wednesday and try to work really hard in the winter to be better for next season."