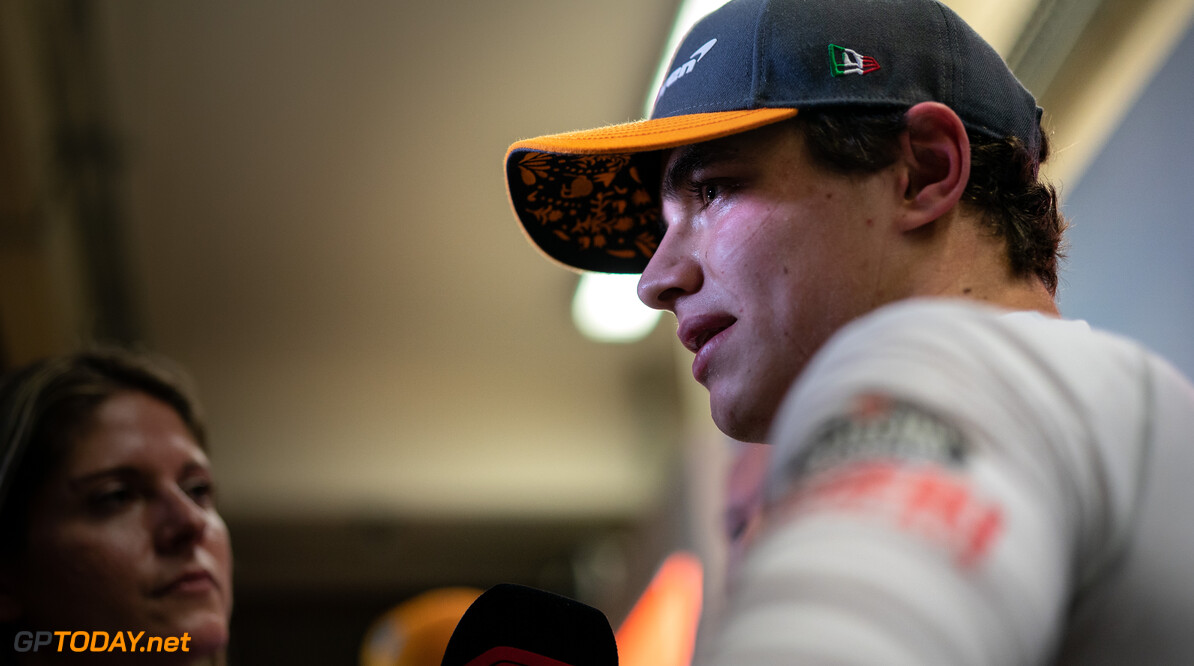 Norris 'annoyed' after losing P10 in the championship to Perez

Lando Norris was annoyed to have missed out on a place in the top 10 of the drivers’ championship after being passed by Sergio Perez on the final lap in Abu Dhabi.

Norris needed to outscore the Racing Point driver by two points to guarantee 10th place in the final standings, and looked on course to do so starting from seventh; four positions ahead of Perez.

An early pitstop for a flat-spotted tyre hampered Norris’ progress but the British rookie recovered to lead Perez in the closing stages of the race.

Perez’s final lap pass, however, meant he finished the race in seventh which crucially moved him ahead of Norris in the championship.

“He did me around the outside at the end of the back straight into Turn 11. I defended, went to the inside, he committed to the outside and had much better tyres,” Norris said.

“I was a bit nervous of locking up or doing something stupid, but I just wasn’t forceful enough. I didn’t change my mindset enough I don’t think.

"I did the whole race being so calm and relaxed, looking after the fronts and the rears, and at this moment I needed to be aggressive and forceful and change how I was as a driver and I didn’t do that.

“I was a shit driver basically in my mind because he was the one guy I had to beat today and I didn’t and because of that I’m annoyed. The rest of the race was good but it all led up to this moment and I failed in what I needed to do.”

Norris explained that he believes an early race lockup hampered his strategy and therefore his pace at the end of the race, but the 20-year-old rookie feels he must do better in wheel-to-wheel combat.

“I made a big lockup into Turn 17, before the tunnel, and I had to box. The flat spot was terrible. Obviously, I boxed on lap eight which was before we wanted by quite a few laps and I would say that put me in a worse position come the end of the race,” said Norris.

“The racing side of Formula 1 [is an area] I need to improve on. Of course, I’ve overtaken people but the side-by-side duel, not just the one overtake in one corner thing, the proper racing side-by-side, that’s the stuff I need more experience with.

“I need to know how wide my car is, how much space I can give the other guy and today I lacked on that. I want to put a bit of it down to my lack of experience, but at the same time I knew what I needed to do, I just didn’t do it when it mattered.”