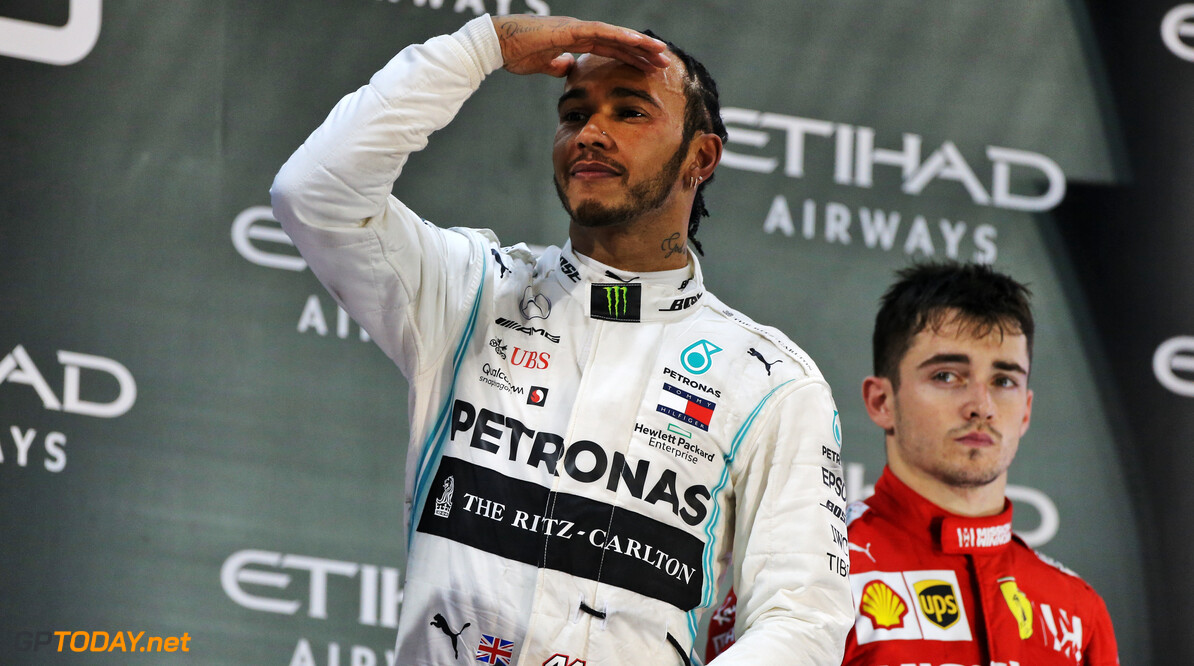 Lewis Hamilton says he was surprised by the dominant nature of his Abu Dhabi victory after cruising to the flag 16 seconds clear of Red Bull’s Max Verstappen.

Hamilton returned to form this weekend, ending a pole-position drought that stretched all the way back to July before converting that to his 11th win of the season, having previously scored just two victories from his past eight races.

Speaking after the race, Hamilton admitted he hadn’t expected such a straightforward afternoon and had hoped to have ‘some battles’ during the race.

“I definitely wasn’t expecting to have the pace advantage to that extent. I was told that we might be a tenth or two ahead but in the race, it seemed we had a little bit more of an advantage,” said Hamilton.

“Once I was out in the clear I was able to manage my pace pretty well. In that first stint, I managed the tyres and just had to go as long as Max. Then the next set of tyres, for this track, the hard is good, the hard tyre was quite resilient [and] it goes a long, long way.

“Towards the end of the race, the last five laps, I wanted to push to see if I could extract any more performance from the car but I do wish that we’d had some battles.

“I saw on TV [Verstappen and Leclerc fighting]. I’m sure we’re going to have some great races [next season]. I’m excited to be amongst those guys to fight with them next year.”

Hamilton notched up his 250th F1 start in Abu Dhabi to move ninth on the all-time list, and having already wrapped up his sixth driver’s title at last month’s US Grand Prix in Austin, the Brit took a moment to reflect on a year he described as ‘incredible’.

“After winning the constructors’ and the drivers’ championships, I think it was really important to continue to push. This is the perfect way to end the season on the right foot, I think it was a great weekend in the sense that there was a Ferrari, a Red Bull and a Mercedes in the top-three.

“A lot of young drivers behind me all making me feel young, which is great. I’m really just grateful to my team who have continued to push all year long and have never lost sight of the objective.”