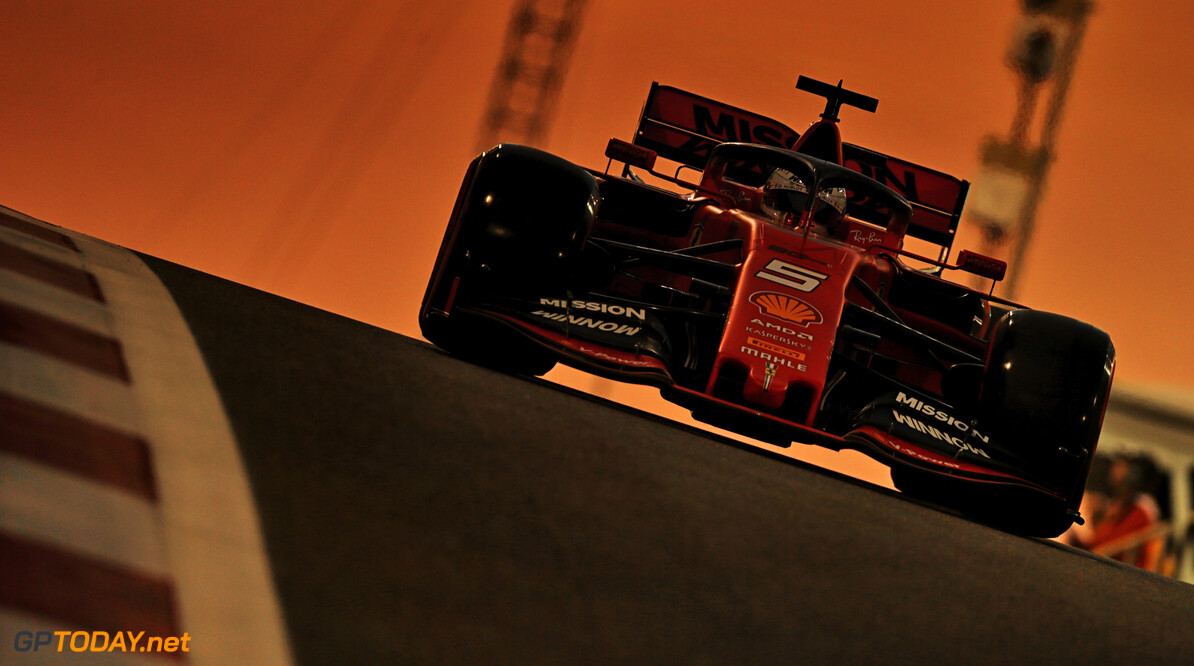 Sebastian Vettel says Ferrari's struggles on Friday in Abu Dhabi is a repetition of what it has been hampered by in recent races.

Vettel's FP1 session ended when he spun in the final sector and tapped the wall, causing Ferrari to perform a precautionary gearbox change.

In FP2, Vettel was four-tenths of a second away from the pace laid down by the Mercedes of Valtteri Bottas, who topped the two practice sessions on Friday at the Yas Marina Circuit.

Vettel pointed out that Ferrari is mostly struggling in the final sector, where it is lacking downforce compared to Mercedes and Red Bull.

"We're pretty much fighting the same thing as the last few races, all these medium, low-speed type of corners, we are lacking speed compared to the others," Vettel said.

"We're not as quick. I think sector three is where it really hurts us, we're struggling with the tyres and getting them hot. The car is difficult to drive, but I'm sure when you drive any car on the limit, any car will be difficult to drive.

"We'll try our best to have a solid improvement on the set up that we have and then see if we have something to fight with on Sunday."

'Not much more to understand' in Brazil crash

Last time out at the Brazilian Grand Prix, Vettel retired from the grand prix after he made contact with teammate Charles Leclerc.

The pair were called to Maranello for a meeting, where the incident was discussed. Vettel insists that everyone at Ferrari is united in ensuring that a similar situation doesn't unravel again.

"I don't think there's so much more to understand, obviously, we didn't finish the race," the four-time world champion stated. "But we are both grown-ups and we spoke to each, we spoke to Mattia.

"We tried to go through as much as we can and we tried to move on. It's clear that we want to make sure that this doesn't happen to us again."