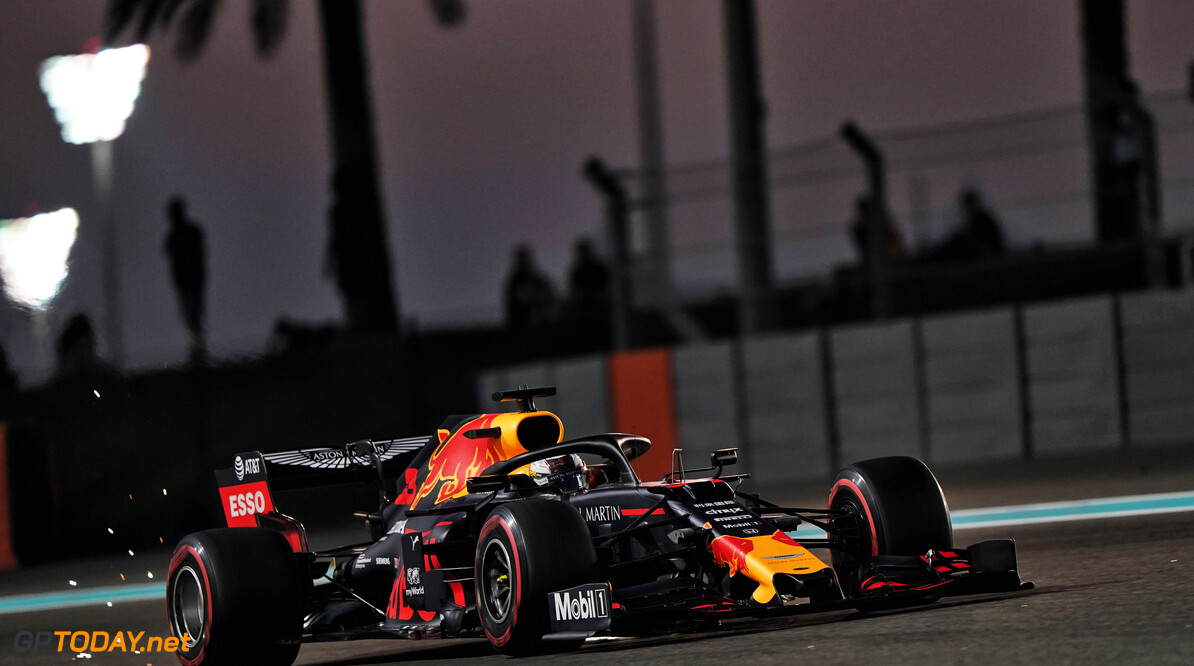 Verstappen admits Mercedes will be difficult to beat in Abu Dhabi

Max Verstappen says Mercedes will be difficult to beat this weekend, but remains optimistic that Red Bull will showcase more speed.

Valtteri Bottas topped both practice sessions on Friday, while in FP2, Verstappen was over half a second down on the pace.

However, the Dutchman says that Red Bull knows where it needs to improve, and is confident that it will do so before the on-track action resumes in Abu Dhabi on Saturday.

"It went okay," Verstappen said. "I still think Mercedes is very strong, but we have our reasons why we were not so fast.

Verstappen denied that there were issues with his car during the second session and stated his pace in FP2 was genuine.

"The car should be functioning properly because qualifying and the race are also taking place at this time and in these temperatures. So we have to change several things, but it wasn't bad."

Last time out in Brazil, Verstappen crossed the line to take his third race win of the season, and his first in the second half of the year.

The Dutchman is on course to close out the season in third place ahead of the two Ferrari drivers, who found themselves crashing out of the race in Interlagos two weeks ago.