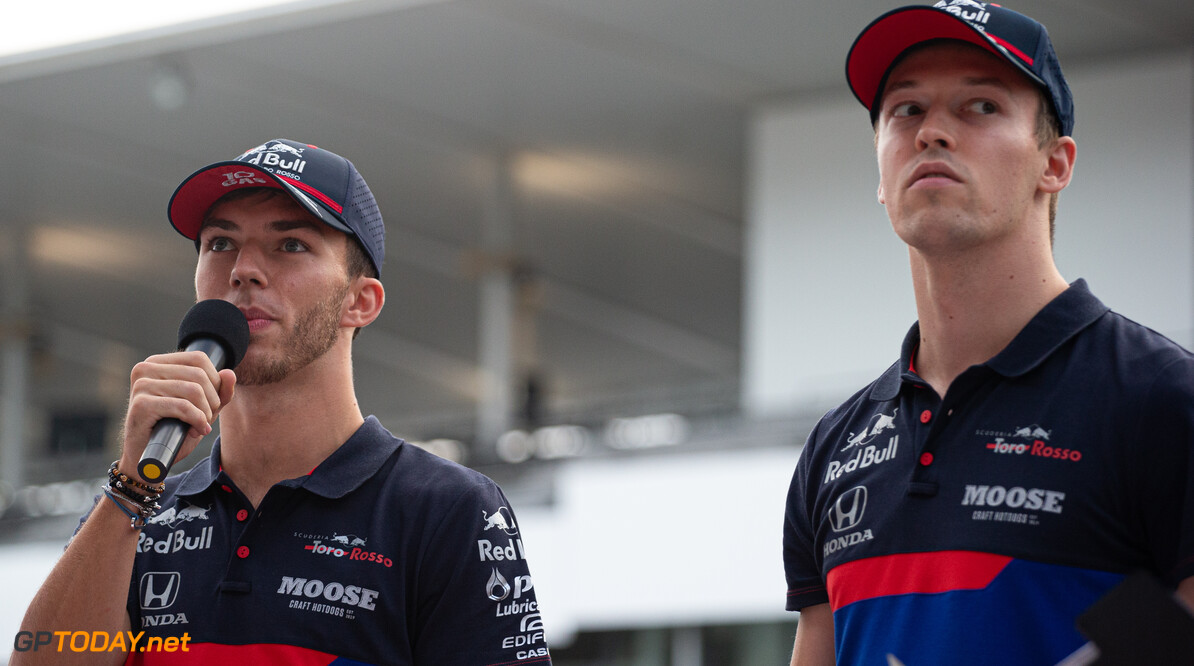 Daniil Kvyat believes the experienced line-up of himself and Pierre Gasly for 2020 will be good for Toro Rosso.

Kvyat rejoined the Red Bull junior squad for the 2019 season, returning after being ousted from the programme altogether in 2017.

Gasly joined him at the team midway through the year following his demotion from Red Bull, as the team was unhappy with his performances alongside Max Verstappen.

However, since rejoining Toro Rosso, having originally replaced Kvyat at the team in 2017, Gasly has displayed some strong performances, taking home his maiden podium finish in F1 last time out in Brazil.

Kvyat too has also secured a podium finish this year, crossing the line in third place at the German Grand Prix.

The Russian says that it's impossible to set expectations for 2020 amid such a tight midfield battle - but believes his and Gasly's experience at Toro Rosso will serve it well.

"We will see, we can't set any exact expectations," Kvyat said. "We will be in the midfield zone again, it will be tight again. We will try to do our best to be as high up in the order as we can.

"I think it is really good for the team, we have the experience. It's good to go to winter testing knowing that the feedback from the car will be 'exactly that', what we're saying about the car this year since he joined back at the team is very similar.

"It's only very small differences. So we both feel the same, the feedback from the car is good. So it's good that we both know all the tracks, so in FP1 in Australia, we can both push each other."

Kvyat denied that it is better to go up against a more experienced driver to prove your skills, as he believes rookie drivers can show more speed than when they're experienced.

Kvyat's original teammate this season was Alexander Albon, who is closing out his maiden year in F1 at Red Bull, having stepped in for Pierre Gasly following his demotion.

"Sometimes you might get a rookie who has a really good flow and is actually faster as a rookie then when he is experienced," Kvyat said.

"It's hard to say, F1 is a very difficult sport so say 'yeah, you get better'. But, Pierre is a very good driver and it's always good to have someone quick next to you."