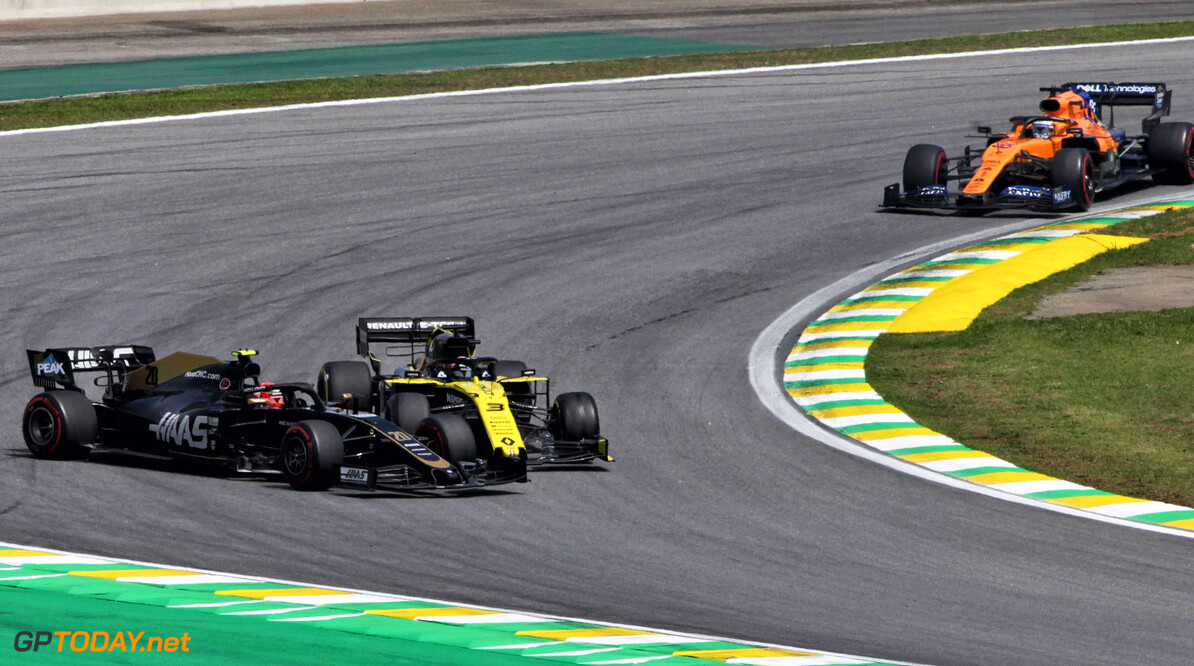 No hard feelings towards Ricciardo after clash - Magnussen

Kevin Magnussen has explained that he had no hard feelings towards Renault's Daniel Ricciardo after the pair made contact during Sunday's Brazilian Grand Prix.

Ricciardo and Magnussen made contact coming into Turn 4 after Ricciardo made a move on the Haas driver, sending Magnussen spinning off the circuit.

Ricciardo was subsequently given a five second penalty for the incident but recovered to finish in seventh place at the end of the race.

However, Magnussen explained that Ricciardo did come to apologise after the race and that there were no hard feelings towards the Australian.

"It was a shame and it felt like a real missed opportunity for the team today." Magnussen commented.

"I got turned around at the beginning of the race and I had wing damage so I continued and got the safety car but everyone else was just much stronger than us on the restarts and I missed out on the point.

"I spoke with Daniel after. I think he mis-judged it a bit and he said he was sorry, so there is no hard feelings."

Magnussen was able to bring himself back up into a point scoring position thanks to the safety car period for Valtteri Bottas' stricken Mercedes, but insisted that the concern for the team was the lack of grip from the car on the restart, causing Magnussen to drop down the order and lose out on a points finish.

"Of course it's not an ideal situation to spin in the beginning of the race and have damage on the car," Magnussen added.

"But we had an opportunity at the end with the safety car to come back and we were in the points but I didn't have it in the restarts.

"Everybody was much stronger than me and I was struggling for grip behind other cars. It feels bad because we were back in the points and it feels like a missed opportunity."