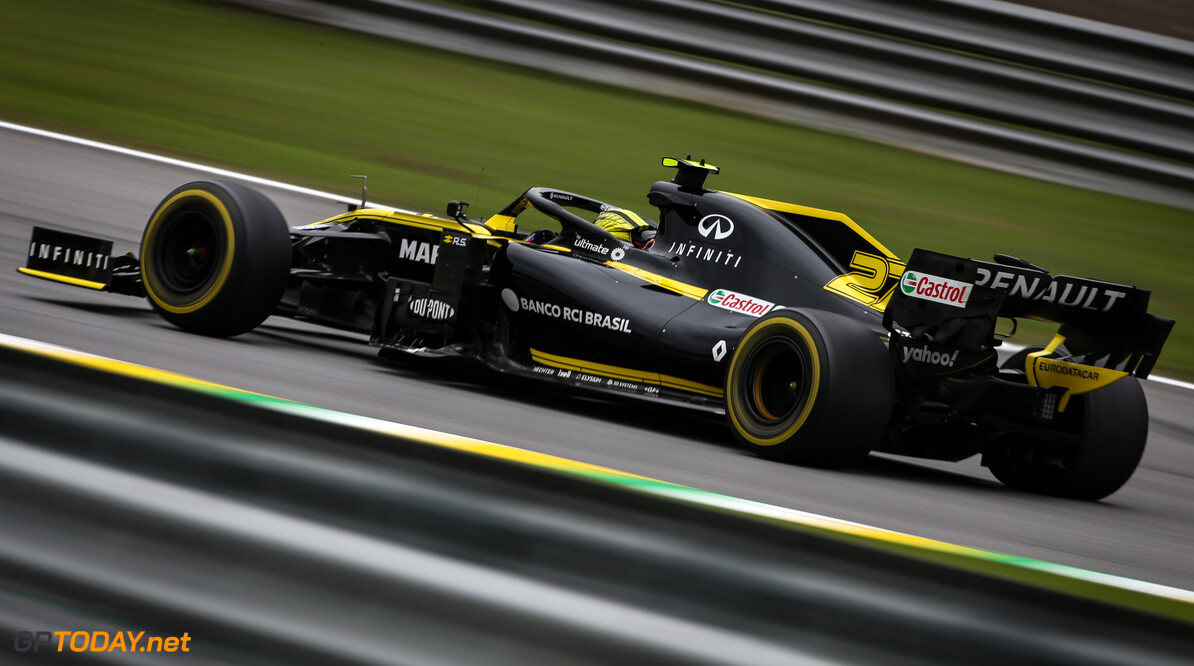 Hulkenberg confident of points despite 'half a day' of Friday running

Renault driver Nico Hulkenberg is confident that the team can deliver at this weekend's Brazilian Grand Prix, despite only having what he called 'half a day' of practice running due to the weather conditions.

The first practice session on Friday was hampered throughout the session thanks to rain affecting the circuit, but cleared up as the session drew to an end, leaving teams will only the second session to do any dry running on Friday.

Hulkenberg said that even though the running was limited, he is confident that the team will perform in what could be his last Brazilian Grand Prix for the foreseeable future.

"It was half a day, effectively," Hulkenberg commented. "We only had one run in the morning and it was wet, but then the afternoon was a bit tense. Obviously more compact but I think we need to be motivated.

"The race pace in the car is very positive. I think we under-performed a little bit on the soft because we had a set up issue on the car. The midfield looks very close but it isn't surprising because the lap here is so short, but we are certainly in the mix.

Hulkenberg also noted that he was confident that points were a realistic target for the team, given how tight the midfield battle is around the Autodromo Carlos Pace.

Hulkenberg also voiced his confidence that the rainy conditions were only to last for Friday's running and that Saturday and Sunday's sessions will be dry, but believed the team can be competitive regardless of the circuit conditions.

"Yes, I think that's possible, and achievable," Hulkenberg added. "Like always, we need to put everything together. Here, the smallest difference can make the difference so we need to make sure that we can do the best we can."