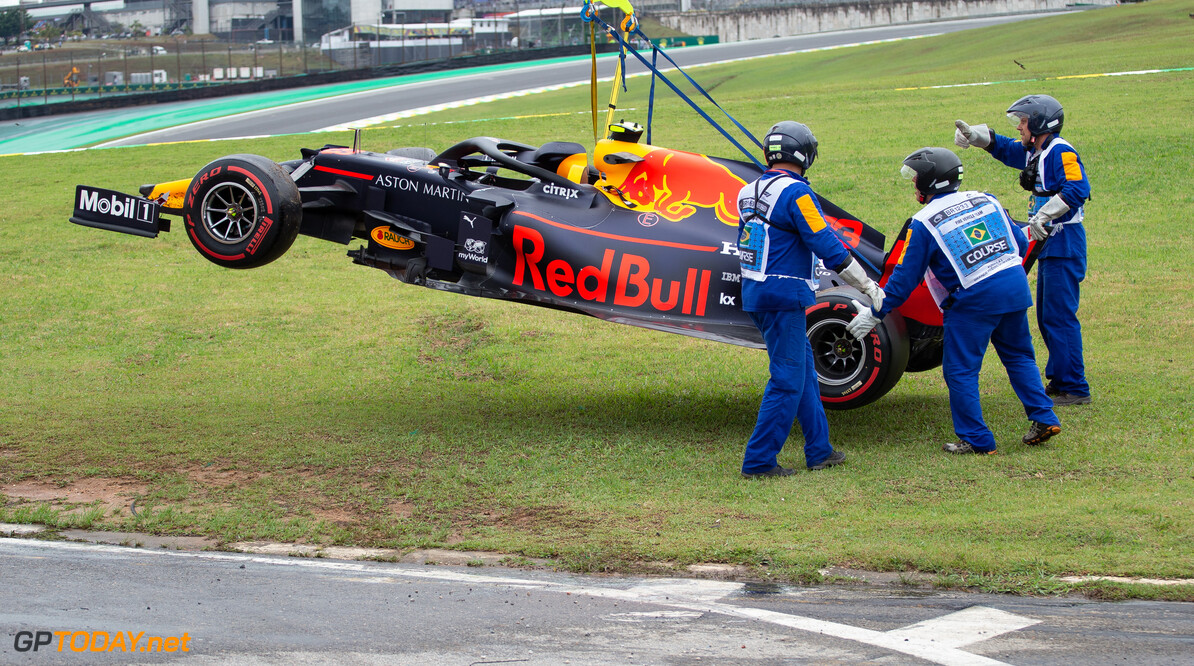 Christian Horner has played down the significance of Alexander Albon's crash towards the end of the opening practice session in Brazil.

As the circuit was drying in the closing minutes of the session, a handful of drivers, including Albon, elected to take to the circuit equipped with slick tyres.

However, at the final corner, Albon found himself in the barriers with damage to his front suspension. Red Bull got to work on the repairs, and Albon was back out on the circuit for FP2 in the afternoon.

MORE: Watch Albon crash out of FP1 in Brazil

Albon's teammate Max Verstappen also had an off, however he managed to keep it out of the barriers and return to the pits.

Horner denies that the FP1 crash was down to Albon, stating that Red Bull was perhaps to optimistic in getting him out onto the circuit in the changing conditions.

"You can’t put that on Alex’s account," Horner said. "I think maybe we were a little bit too optimistic getting out there, trying to get him laps in on a track that was still pretty damp in the middle sector.

"Max had a moment at turn one, turn two. There were other cars that were running wide so I don’t think today we can blame that on Alex but he has had a few little incidents this year.

"Thankfully they’ve all been on Fridays and Saturday mornings. When it’s come to it in qualifying and the race he’s absolutely delivered."

Speaking about the incident, Albon said: “It was just a cold track obviously. You tiptoe around and you lose brake temperature, and that’s pretty much what happened.

"I went to brake and there was nothing there. It’s one of those things and I think it happened on the worst part of the track.”