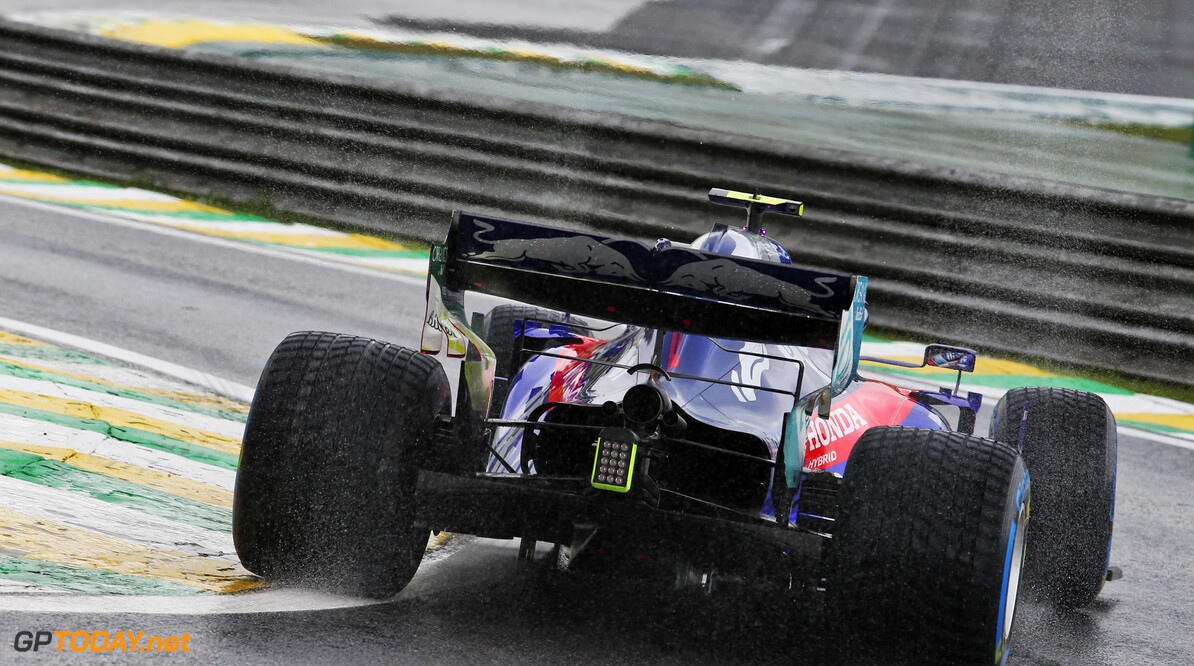 Gasly: Toro Rosso/Honda knew engine would give in 'at some point'

Pierre Gasly says Toro Rosso and Honda knew that his engine would give up at some point due to the excessive mileage it has accumulated this season.

Gasly's FP2 session ended prematurely as he was forced to park up with smoking emitting from the rear of his car.

Teammate Daniil Kvyat also had a problem in the final minutes of the session - but Gasly affirms that his engine was a Friday unit that had picked up a lot of mileage over the course of the 2019 season.

"A smoky engine is never great," Gasly said following the opening day of running in Sao Paulo. "It was Friday's engine, this one had quite a lot of mileage. Already with all the races earlier in the season and the Fridays we've done.

"We knew this could happen at some point so it just blew up towards the end of the session. We lost a bit of track time and some laps on the long run.

"It's not ideal but we knew that it would happen at some point."

Having missed out on FP2 race-run data and getting very few laps on the board in FP1 due to wet conditions, Gasly admits that the team is a little blind heading into the remainder of the weekend.

However, the Frenchman, who is signed up to race with Toro Rosso again next year, affirms that the team can still enjoy a strong result on Sunday.

"We didn't get any dry running in FP1 so we didn't get as many laps to get an idea of the car and the balance. In FP2, you have the long runs which gives you information for the race - tyre life, car balance and all these things.

"It's more of this data that we don't have and Daniil had an issue as well. We don't have as much information as usual going into the race.

"We're a bit more blind than usual. It's not ideal, but it doesn't mean we can't do a good race weekend, It's just going to be slightly tougher for the engineers to find out what's best for the rest of the weekend."