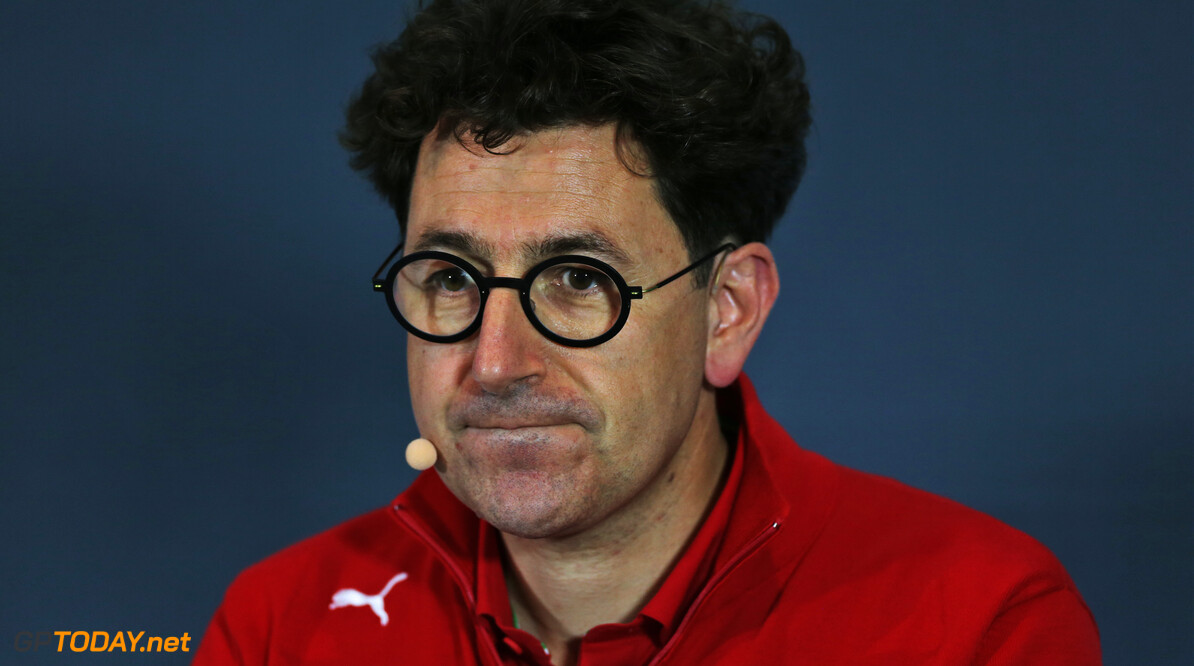 Binotto hits back at Ferrari allegations

Ferrari team principal Mattia Binotto has responded to allegations made by Max Verstappen that they were forced to make changes to their engine due to a recent FIA technical directive.

Before the US Grand Prix weekend, Ferrari was gaining large amounts of time along the straights due to their very high top speed.

However this advantage seems to have diminished since the technical directive was issued, leading to questions over the legality of their engine since the summer break.

Red Bull asked the FIA for clarification over a potential fuel system design, a design which was deemed illegal. Ferrari struggled massively for performance on Sunday in Austin, but Verstappen described this drop in performance as 'not strange'.

The Dutchman was not pulling any punches in the post-race interviews, saying 'that's what happens when you're caught cheating'.

Binotto was not happy with these remarks by Verstappen, and issued a statement at the start of his usual post-race media session: “I believe yesterday we have been very close to the pole position, as it has been in the last races.

"I think that Seb could have scored the pole yesterday, maybe [he was] a bit too much cautions in one corner."

“Charles had a clear problem in the morning, losing completely FP3, a downgrade on the engine we fit in the car, and overall I think that looking at his performance in Q3 and what could have been done without the issue in the morning, I’m pretty sure that as well he was potentially in the pole as well, so I don’t see where is the problem.

“If we look at the race today, we may comment later on, but certainly the speed on the straights was not our issue, while we’ve got clear problems on the grip on the car first stint both drivers.

Again, it’s the type of comments I feel are completely wrong. It’s not good for the sport and I think everybody should be a bit more cautious."