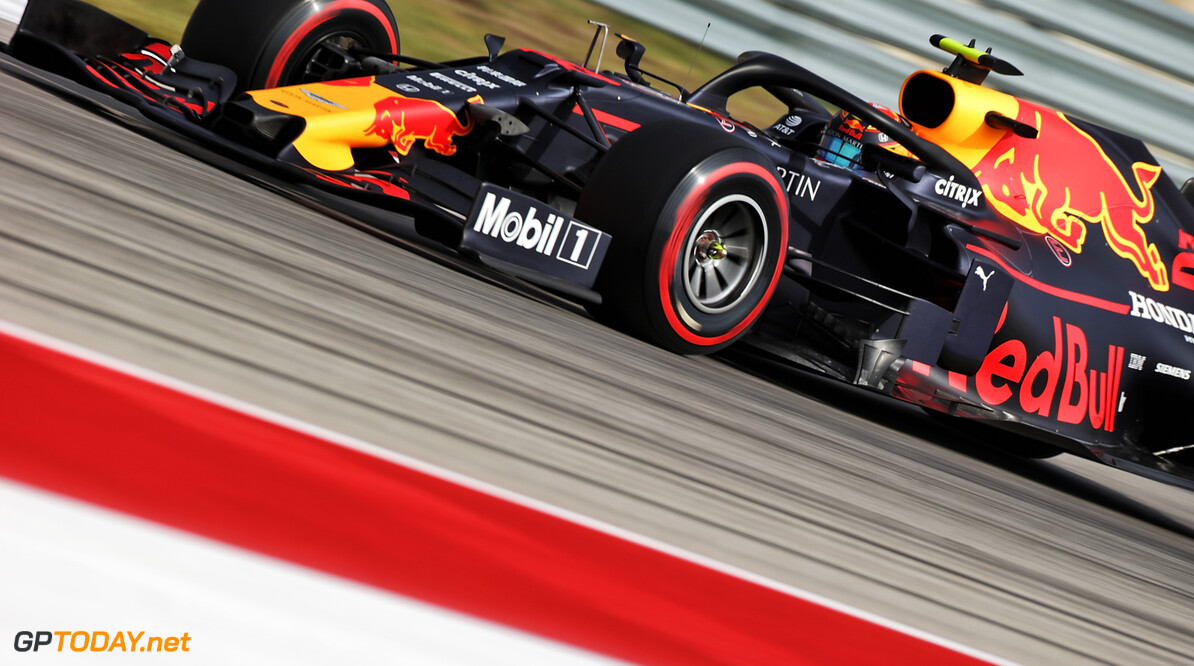 Deleted time down to pushing too hard - Albon

Red Bull's Alex Albon has admitted that the time deleted by the stewards was down to him pushing too hard on his second run.

The Thai-British driver was pushing on his second run in Q3 of qualifying when he ran wide at turn 19 and his second time was deleted by the stewards and he qualified sixth.

"Q1 went okay nothing special but Q2 was starting to feel good," Albon explained. "To be honest, Q3 started to feel really good. I think my first run was okay, it was just more of a banker lap.

"Then on my second run I tried to push a bit more. I ran wide and got track limits. I think I was just over two tenths quicker on that lap which would have put me just with Lewis so a bit frustrating. It was a tough couple of days but we kind of got back to the rhythm and it was starting to look good until the mistake."

Albon, who is racing in F1 in Austin for the first time, credited the circuit for it's challenging mixture of both high speed and low speed corners.

He said that it was not so hard to find the rhythm and pace around the circuit itself. but the main concerns being trying to set up the car in a way that it was working well in both high and low speed corners/

"I wouldn't say it's too tricky," Albon said. "It's just that it's got the high speed and the low speed corners so to try and get the car good in both isn't easy. To be honest, we got what I wanted in the car, I just made the mistake. That was it really."