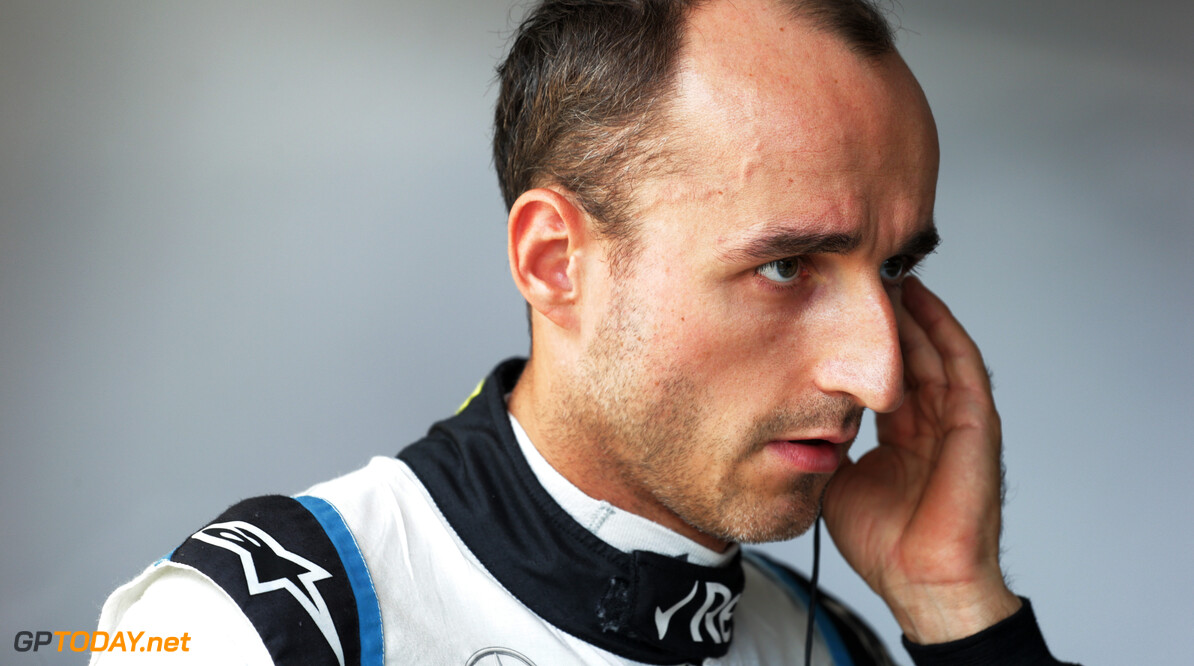 Kubica: 'Not the first time' Williams car has changed completely on race day

Robert Kubica has once again bemoaned the unpredictability of his Williams FW42 and has described the car he drove during the Mexican Grand Prix as ‘completely different’ to what he experienced in qualifying.

Kubica was out-qualified for the 18th consecutive race by team-mate George Russell, but the pole said he ‘slept better’ on Saturday night as he knows the reason for the 1.3s gap was not due to his own performance.

“Well it has been a bit [of a strange weekend] because [during the] laps to the grid the car felt completely different to yesterday,” said Kubica,

“I [said to the team] before the start of the race the feeling is much better than it was yesterday. In fact, let’s say, the reason was not one and a half seconds off the pace of my team-mate so probably I slept better overnight.”

Following a crash in qualifying for the Japanese Grand Prix earlier this month, Kubica said he was unhappy that changes had been made to his car without his knowledge.

With air conditions in Mexico City being significantly warmer than in Suzuka, Kubica dismissed a suggestion that the more temperate conditions had contributed to a change in balance on his car this weekend.

“When you go out from the garage and in the first two corners the car balance and car feeling is completely different to yesterday and it’s back to normal, it cannot be temperature,” said Kubica.

“The temperature doesn’t affect [the car] on the 300m of the start line so we have to understand that. It’s not the first time.”

“I knew the [race performance] would be much better because I have a better feeling, and once you have more grip and better feeling you drive better.

"Also, I think those kinds of races where there is a lot of management, I’m able to mask [the pace defecit] a bit, but when you have to put 100% performance in everything I just had no grip.”

After running ahead of Russell before his retirement during the Mexico City race, Kubica joked that the gap to his team-mate could back up to two seconds per lap next weekend in Austin if he’s given the same car that he had in qualifying yesterday.

“[My expectaions] depend on how the car will be. If the car is like yesterday, probably if here I was 1.2s [off Russell] there it will be two seconds,” said Kubica.

“If the car is like today or in Suzuka then I definitely I can stay closer. Who knows? It will depend if I sleep well.”