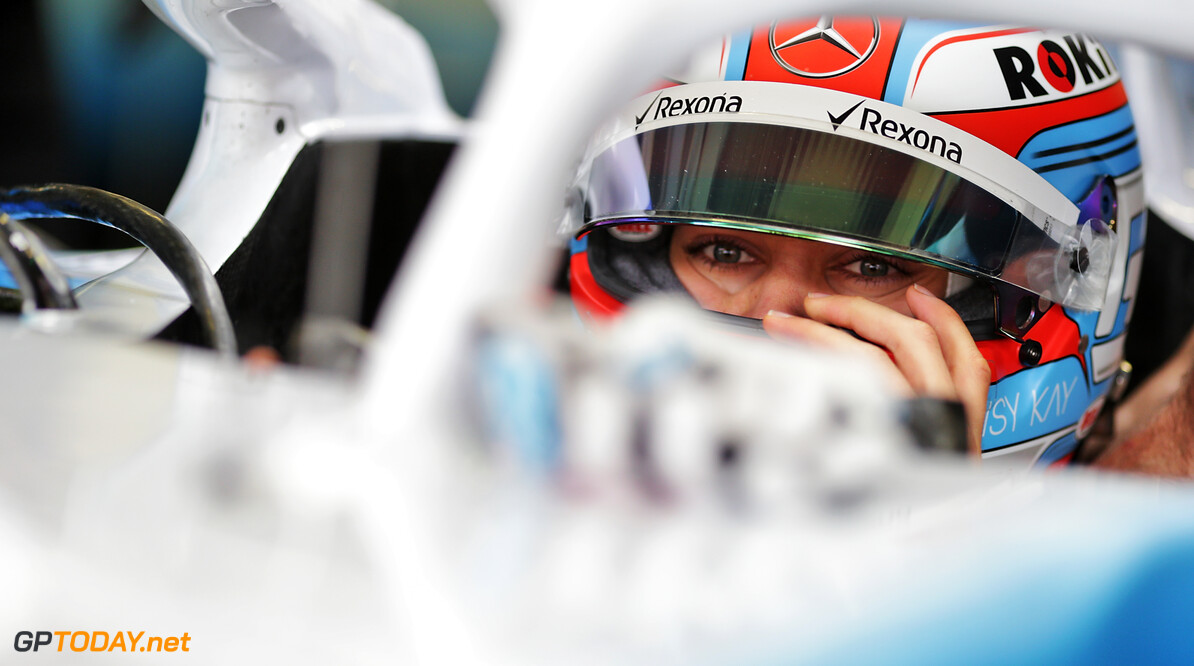 Russell: We could be battling Haas and Alfa Romeo in Mexico

Williams driver George Russell says that he could be challenging Haas and Alfa Romeo during the Mexico Grand Prix if his pace during the practice long runs on Friday is indicative of the cars actual race pace.

The 21-year-old British driver revealed that Williams would need to upgrade their cooling systems for the high altitude race in Mexico and that he had trouble getting the tyres working.

He acknowledged that the thinner air at high altitude results in a lack of downforce which makes it tricky for all the cars to get their tyres working as they should, but the difficult conditions will give them a chance against Haas and Alfa Romeo.

"Our long-run pace I think was actually better than Haas and Alfa on Friday, we have had to increase the cooling slightly so we probably won't be quite as fast as we were on Friday but it is only a small minor change.

"We've seen it at times where at Austria it was very hot they struggled more and we capitalised, not saying it will be hot, it is very similar with the air compared to the heat, there's a small chance."

Russell is the only driver on the grid who has out-qualified his teammate at every race but although Williams has not out qualified any other teams during 2019 they have managed to finish races in front of Haas and Alfa on numerous occasions.

The Briton is the only driver that has not picked up a point this season, as teammate Robert Kubica did so at the German Grand Prix, following penalties for both Alfa Romeos.