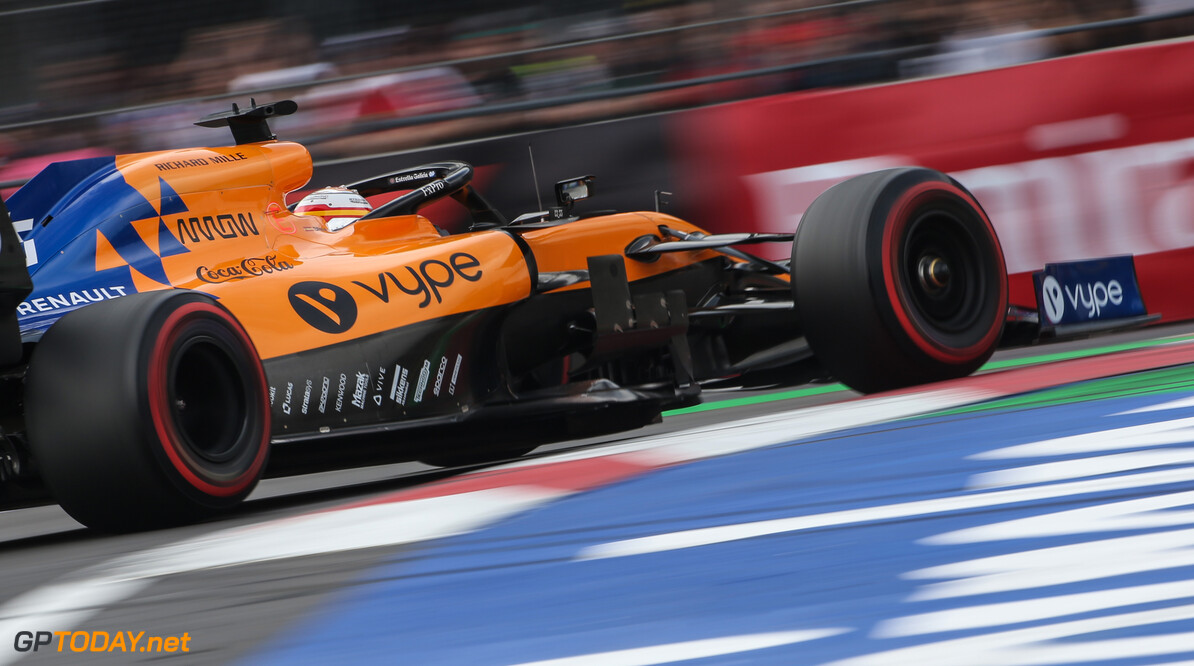 Carlos Sainz believes that McLaren could find itself in trouble early on in the Mexican Grand Prix as it is starting the race on the soft compound.

The red-walled soft tyre dropped off in performance very early on in the race stints during Friday practice, while the medium compound sustained graining for many teams.

McLaren attempted to advance into the final stage of qualifying on the medium compound, which would allow it to then start the race on that tyre.

However, it was forced onto the soft compound in Q2, while its rivals who failed to make it through will be able to take the race start on a tyre of their choosing - meaning they can go longer into the race while also making it to the end on a more comfortable strategy.

"Starting tomorrow on the soft is the worst scenario, that's why we tried going through on the medium," Sainz said. "It means the one-stop will probably be extremely tricky.

"If the medium doesn't grain tomorrow, there's people going to be trying to do a one-stop very easily. We will see what we need to do.

"It's going to be a challenging day tomorrow, hopefully, we can use our pace advantage to beat them. On strategy, we are already ten seconds down on them."

Sainz unlocking car potential in second half of 2019

In the final practice session on Saturday morning that was held in damp conditions, Sainz displayed strong pace, ending up just under half a second down on the session-topping pace.

Sainz says his performance and those in recent events has been down to finding a strong balance with his car in the second half of the season, which is allowing him to push with confidence.

"I think the key is how we've developed the car through the year, finally in the second half of the year, I've found a set-up that suits me for qualifying and the race," he said.

"That's why in FP3, when you are comfortable with the car, you can jump and be better. So I'm very happy about that."