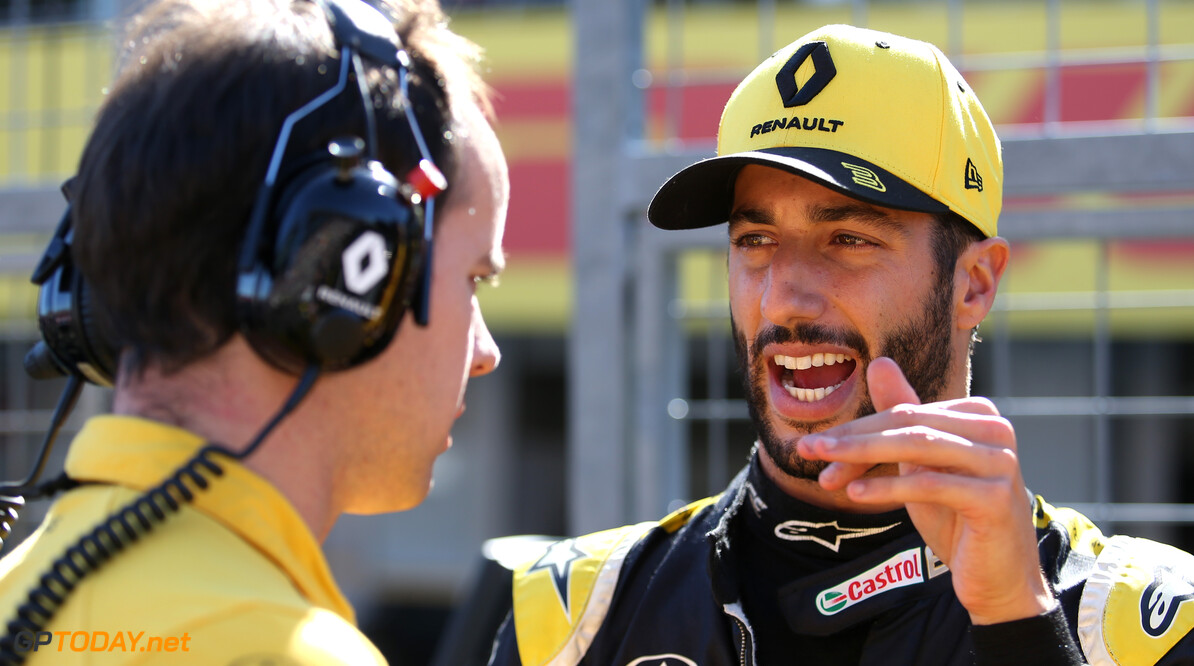 Daniel Ricciardo has acknowledged how close the midfield battle looks to be this weekend in Mexico, but the Australian is confident that his Renault team will be able to 'get it together'.

Renault struggled for pace at the Autódromo Hermanos Rodríguez in both free practice sessions, being outpaced by both Toro Rosso and McLaren.

Ricciardo was optimistic that Renault would come back stronger on Saturday after he spent "about an hour" in a debrief session with his engineers, trying to figure out the correct setup for the car.

“It was alright, nice to be back here. We didn’t have as much speed as we would have liked today, but I spent about an hour in a debrief with the team and I’m confident that we will be able to address the issues and come back with a better package tomorrow.

“The soft [tyre] didn’t last too long in the long run, so that was pretty how you going. The hard tyre lasted a little bit more but it was easy to lock and flat spot. I was one of everyone that went off at turn 1 today so it was certainly a bit hooly dooly but it was alright.

When asked about the midfield battle, he said: “It’s really, really tight and I think there was a tenth, a tenth-and-a-half between five cars today. It’s going to be close but I certainly feel like we’ll get it together tomorrow.

“It’ll remain close – I don’t think anyone’s going to have a big buffer. I know I can improve a few areas [and] I know I can get a bit more out of the car.”

There are rumours that some teams will deliberately not make in to Q3 in order to start the race with free tyre choice due to the high degradation that was seen on Friday: “We’ll see," Ricciardo replied.

“I guess we’ll talk after FP3 tomorrow, a bit of pre-quali strategy. If [the soft tyre] falls away quite like it did today it’s going to be an interesting, strategic qualifying session tomorrow.”