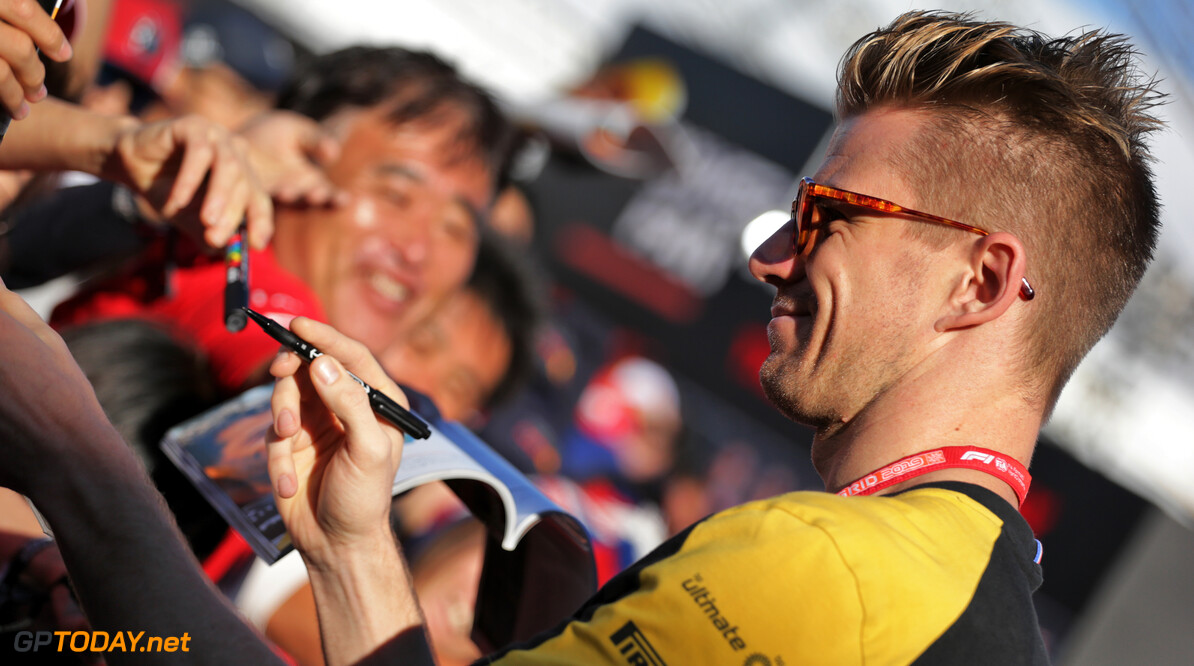 Hulkenberg would 'appreciate' a change in weekend format

Renault driver Nico Hulkenberg says that he would prefer a shorter weekend format after the condensed weekend in Japan.

Qualifying for the Japanese Grand Prix had been delayed by the incoming typhoon which gave the drivers a glimpse of a different race weekend format. Having qualifying and the race on the same day has proved to be popular with some of the drivers.

The current format sees press interviews on Thursday, practice one and pactice one on Friday, practice three and qualifying on Saturday, and the Grand Prix on Sunday.

Speaking about the subject, Hulkenberg said: "I would appreciate a change in format very much. That's from inside as a driver, obviously, you have to balance out what the fans want to see.

"Probably they like the Friday, I think from inside Formula 1 it would be appreciated by a lot of people".

The sport is set for further rule changes for 2021 and the current F1 Motorsport boss, Ross Brawn says that there have already been discussions about changing the qualifying format.

He says that there may be experimental changes in 2020 but experimental is all the changes would be. He stressed that the only way to see if a new format would work is by trying it out in a real-world scenario.

Brawn added: "We don't want to change for the sake of change, we want to improve our sport, because rather like the development of the cars, if you stand still you risk slipping backwards."