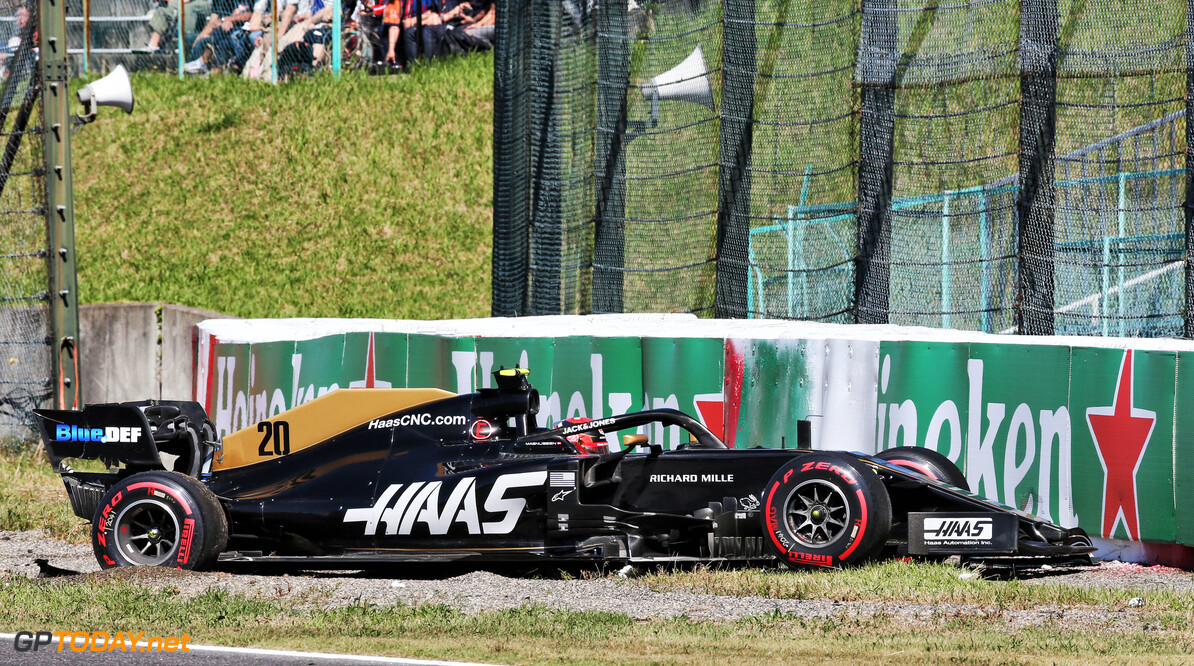 Magnussen: Embarrasing qualifying crash showed everyone 'what not to do'

A downbeat Kevin Magnussen called his accident in Sunday morning's qualifying 'embarrassing' and that he showed everybody there 'what not to do' in the windy conditions.

Magnussen was caught out by a gust of wind coming out of the final corner during his first run in Q1 which saw his Haas spin off into the barriers, a similar fate to what Williams' Robert Kubica also suffered in the same session.

"I went on the power and went on full throttle and just spun around," Magnussen said. "It was unfortunate and quite embarrassing really but you know shit happens.

"I just didn't expect to get such a gust of wind there right on the tail, so I suppose I showed everyone what not to do.

"Started last and got up to P12 which I was fairly happy about, and everything just went south from there. It's not like previous races where we have been hopeless with whatever, but we just didn't hook it up with the pit stops and the strategy."

Thanks to qualifying being cancelled on Saturday due to the threat of Typhoon Hagibis hitting the circuit, Magnussen spoke of how he enjoyed the experience of having both qualifying and the race on the same day, a feat that happened previously in Japan during the 2004 and 2010 Grands Prix.

Magnussen spoke of how he felt that it was proof that F1 could look at introducing both sessions on the same day in the future as a means of shortening the overall weekend and that it would help to make a more interesting weekend for the drivers and fans.

"Yeah absolutely, it's been a really fun day," Magnussen commented. "I think it was very interesting and very intense. I would love to see this become the way in the future."