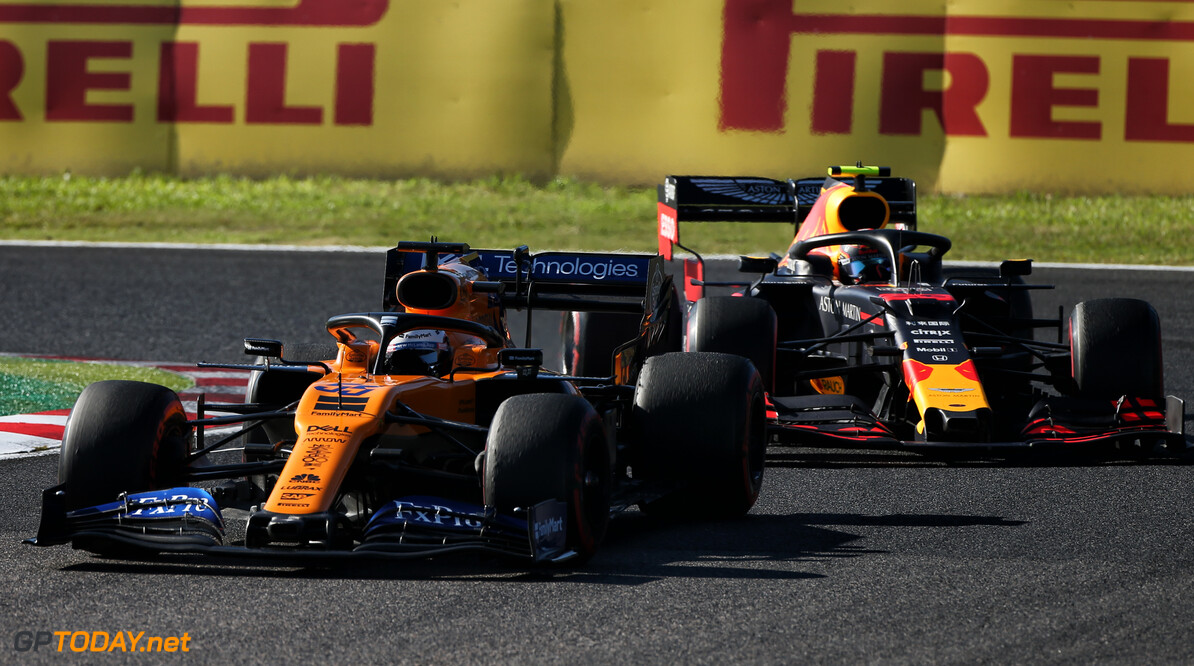 Fifth in Japan 'a bit more special' than other results - Sainz

After finishing best of the rest once again with a fifth place finish in Japan, McLaren">McLaren's Carlos Sainz has hailed this result as a bit more special than the other good results this season, thanks to the performance of the car around Suzuka Circuit.

Sainz managed another fifth place, his third fifth place so far this season, even managing to hold off a charging Charles Leclerc in sixth in the last couple of laps of the race.

"This one was probably a bit more special than the others because of the pace we had," Sainz said after the race.

"To feel for the first time the car working perfectly together from the first sector and when the team asked to pick up the pace and I started doing 33.5's and Leclerc couldn't keep up and suddenly we were managing to hold off a Ferrari and match Albon on pace.

"It is the first time this year that this has happened us so we are very pleased and proud with that. From my side also with an extended long first stint, a good start and a good qualifying."

"When you have a Ferrari ten seconds behind and usually they are a couple of seconds quicker in race pace you think you are not going to make it but I had been saving my tires at the beginning of the stint and when I was required to push I picked up half a second of pace," Sainz added.

"He was half a second quicker for the first three or four laps then he suddenly started degrading and I was keeping up the pace and he was giving up. It was very nice."