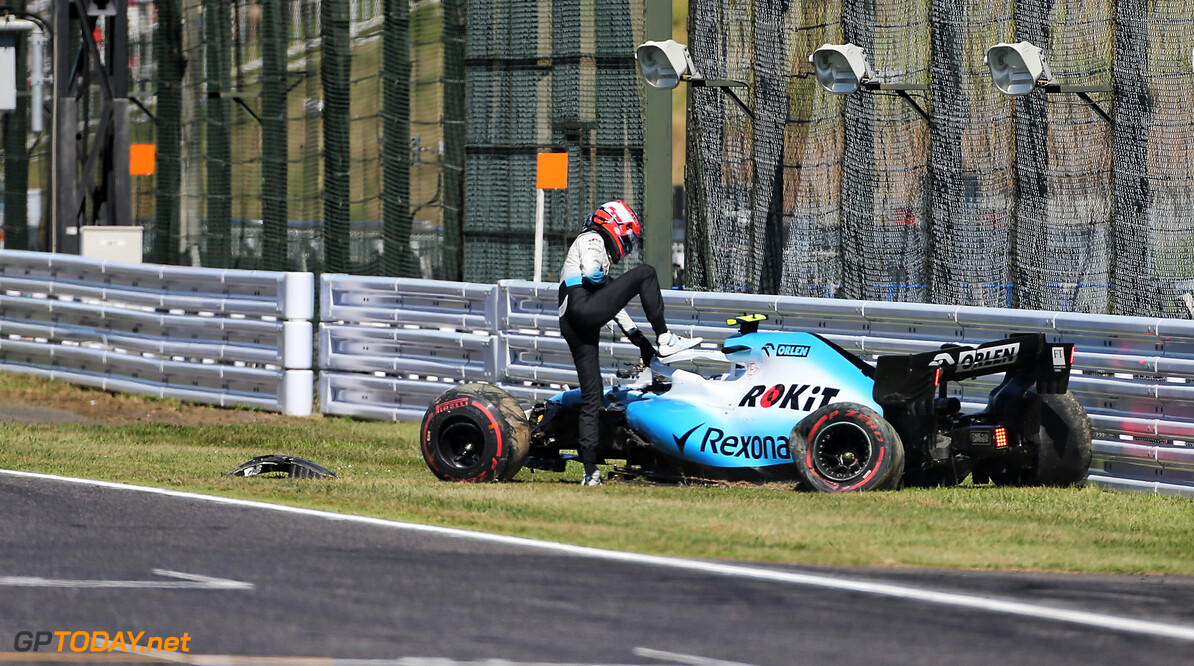 Williams says that it will be "tight" to get Robert Kubica competing in the Japanese Grand Prix following his crash in qualifying.

With Typhoon Hagabis putting a stop to all activities at Suzuka on Saturday, qualfiying was postponed until Sunday morning, just four hours before the start of the race.

However, Kubica's session didn't last long as he hit the barriers while exiting the final corner, dipping a wheel onto the grass which dragged him into the wall.

Williams confirmed that it has the spare parts available to repair the car, but is facing a race against time in order to get the Pole's car race-ready.

"We have parts, but it's a chassis change, so a huge amount of work," said a team spokesperson. "It will be tight but they are doing everything they can, and I'm confident they can do it."

Williams is not the only team that is rushing with repairs ahead of the race, as Haas and Renault were also hit with issues during qualifying.

Following Kubica's off, Kevin Magnussen hit the barriers after losing the rear of his car, and is set to take on a new gearbox - which will mean a five-place grid penalty.

Not long after the start of Q2, Nico Hulkenberg suffered a hydraulic leak which prevented him from setting a competitive time, ending his session early.