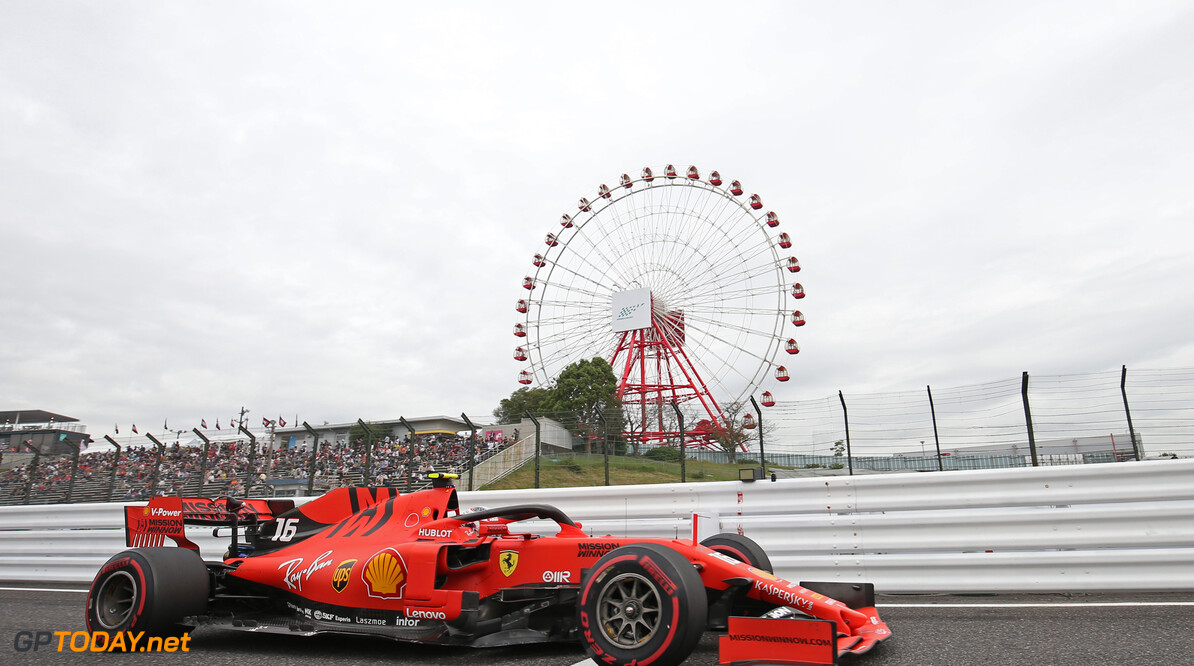 Leclerc: Mercedes have the advantage in Japan

Ferrari's Charles Leclerc says that Mercedes have the advantage for this weekend's Japanese Grand Prix which has been disrupted by the incoming Typhoon Hagibis.

As qualifying will take place on Sunday morning the drivers were able to gain an insight into their rivals from the FP2 performances.

The drivers pushed harder than usual in FP2 because if qualifying is not run due to the weather, the starting grid will be formed from the times recorded in the second practice session.

"I think Mercedes is very very quick this weekend, after FP2 I think everyone approached it like a qualifying because we are having to do qualifying on Sunday morning so this is more the real picture of the weekend and they seem to be very quick," Leclerc said.

"For now, we are not quick enough to challenge Mercedes but we are pushing to be challenging them on Sunday morning if we are qualifying then."

The Monegasque driver admitted that the Italian car was not able to match the Mercedes but complimented the feel of the Ferrari and said it was just down on grip compared to the Silver Arrow.

"The long-run was not great compared to Mercedes, we were ok compared to Red Bull, more or less the same. I would need to check the data, I haven't checked everything but on the low fuel, it seems that we are lacking a little bit of pace.

"So we need to work on that and to try and understand. The car didn't feel bad, balance was quite good but it seems that we are lacking a little bit of overall grip".

The 21-year-old also said that he was looking forward to catching up on his sleep because he was suffering from slight jet lag so welcomed the unexpected day off due to the incoming Typhoon Hagibis.