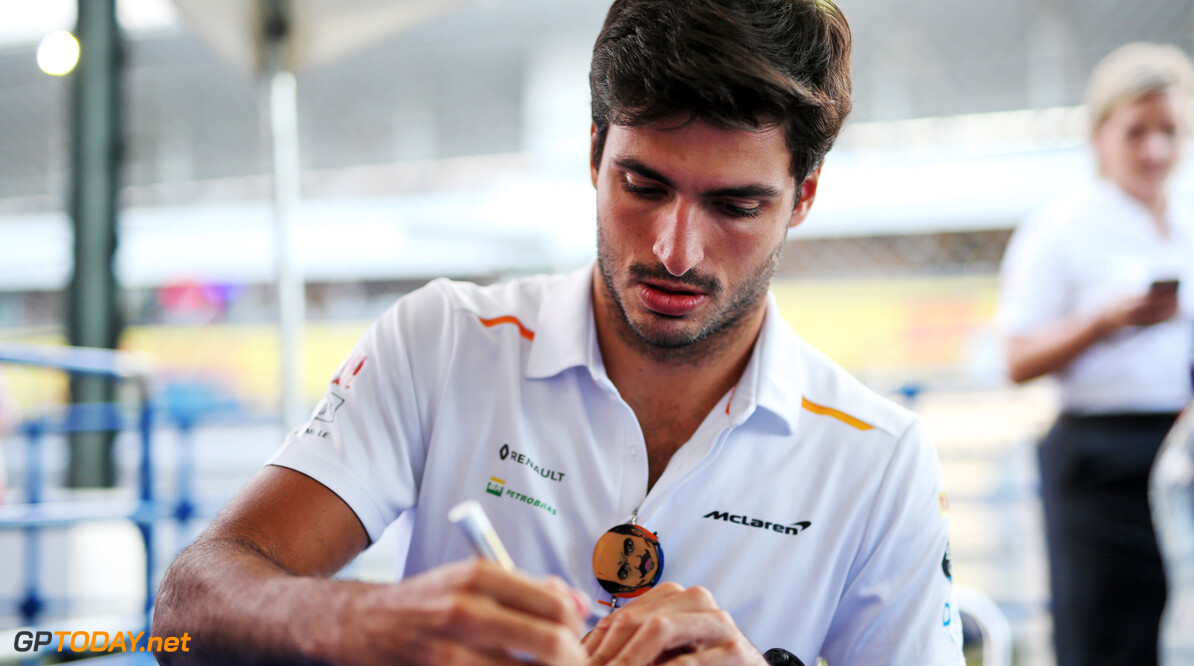 Saturday delay will not change approach to qualifying - Sainz

McLaren's Carlos Sainz is confident that the typhoon projected to hit Suzuka Circuit on Saturday will not prompt any changes to his qualifying or the setups of the cars.

Typhoon Hagibis is expected to hit Suzuka Circuit during Saturday, with the worry that it could mean that the qualifying session due to take place on Saturday could be delayed or moved on to early Sunday morning.

Sainz believes that the threat to qualifying doesn't change anything for the drivers or their approach into qualifying or the race weekend, as all teams will still be looking for the maximum result during the session.

"It doesn't change much. I think qualifying will take place anyway," Sainz said. "Like Friday we always prepare for qualifying more than anything else so, track position is very important in Formula 1 nowadays that you always try to set up the car and everything a bit towards qualifying."

The Formula 4 support races that were due to take place in tandem with F1 at Suzuka Circuit this weekend have been canceled in an effort to allow the F1 timetable to work around a possible delay in qualifying, with Sunday's Porsche Supercup Japan race being the sole support race on Sunday morning.

Sainz also believes that the typhoon will not leave any cause of worry to affect Sunday's race thanks to the way the surface dries quickly, as it is predicted that the race on Sunday could possibly be the only dry running seen all weekend, with rain possibly arriving on Friday also.

"Honestly, the track already today was clean. Here it rains a lot and the track dries up pretty quickly so it's not that big of an issue.

"My team was saying that some rain may come late Friday and it may catch us during FP2 and that it may actually delay a bit towards Saturday night so we could find a wet track early Sunday morning."